The peoples republic of China is the 4th largest countries in the world geographically and the largest in terms of population. It is one of the most ancient civilizations in the world.

Due to occupying such a large area the climate throughout the republic is incredibly varied. To the west of the country lie the Himalayas and the tallest point on earth, Mount Everest. To the south there are extensive alluvium plains and to the north there are plentiful areas of grassland.

A major issue facing the area is the continued expansion of desert. The Gobi Desert in particular creates massive issues with violent sandstorms.

Its main exports are manufactured goods, including textiles, garments, electronics and arms. The people’s republic of china is an emerging superpower.

About People's Republic of China 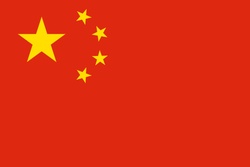 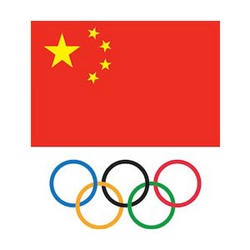 China sport is one the strongest sports hub in Asia in term of the number of athletes, sports facilities infrastructure and organizing multi sport games such as Olympic Games and Asian Games.

China has been in sport since the ancient times and is the birthplace of the most popular martial art sport such as wushu, kongfu, taichi and other martial arts sports that are popular around the world.

With evidence more than 1000 years old, football was played in ancient China.

Badminton, table tennis, diving and gymnastics are the most popular sports in China.

As with the land the climate varies dramatically depending on location. A range of climates including cold temperate, tropical, high mountain and desert can be found throughout the republic.

For example for Beijing in North East China will see heavy rain in July and August it is mostly dry for the rest of the year while Shanghai in Central China sees slightly less rain in the summer but more in total throughout the year.

Summer months are fairly even average temperatures of around 30 °C.

Chinese culture is heavily based in mythology and spirituality. The Zhou Dynasty is believed by some to be the foundation of Chinese cultural development and much of the music, art and literature can be traced back to this time.

The famous Chinese guardian lions can be found outside many public buildings and homes of government officials including building in the Forbidden City.

Located in Beijing the Forbidden City now houses the Palace Museum and is an excellent example of traditional elite Chinese architecture.

It is the largest collection of preserved wooden structures in the world and was declared a World Heritage Site in 1987. Inside the Palace Museum are large collections of artwork from the Ming and Qing dynasties.