Cambodia's modem-day culture has its roots in the 1st to 6th centuries in a state referred to as Funan, known as the oldest Indianized state in Southeast Asia.

The dominant features of the Cambodian landscape are the large, almost generally located, Tonle Sap (Great Lake) and the Bassac River Systems and the Mekong River, which crosses the country from North to South. Surrounding the Central Plains which covered three quarters of the country’s area are the more densely forested and sparsely populated highlands, comprising: the Elephant Mountains and Cardamom Mountain of the southwest and western regions; the Dangrek Mountains of the North adjoining of the Korat Plateau of Thailand; and Rattanakiri Plateau and Chhlong highlands on the east merging with the Central Highlands of Viet Nam.

The capital city is Phnom Penh. 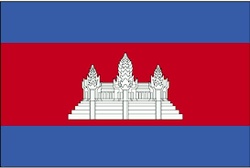 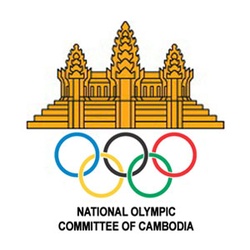 Football and martial arts are the more popular sports.

It has two distinct seasons. The rainy season, which runs from May to October, can see temperatures drop to 22 °C and is generally accompanied with high humidity. The dry season lasts from November to April when temperatures can raise up to 40 °C around April.

The best months to visit Cambodia are November to January when temperatures and humidity are lower. Annual precipitation varies considerably throughout the country, from more than 200 inches (5,000 mm) on the seaward slopes of the southwestern highlands to about 50–55 inches (1,270–1,400 mm) in the central lowland region.

Three-fourths of the annual rainfall occurs during the months of the southwest monsoon.

Cambodian/Khmer culture, as developed and spread by the Khmer empire, has distinctive styles of dance, architecture and sculpture, which have strongly influenced neighbouring Laos and Thailand.

Over nearly two millennia, Cambodians have developed a unique Khmer culture and belief system from the syncreticism of indigenous animistic beliefs and the Indian religions of Buddhism and Hinduism.

The Kingdom of Funan was most probably the first Khmer state to benefit from this influx of Indian ideas.