Tajikistan, officially Republic of Tajikistan, country lying in the heart of Central Asia.

It is bordered by Kyrgyzstan on the north, China on the east, Afghanistan on the south, and Uzbekistan on the west and northwest.

Tajikistan encompasses the smallest amount of land among the five Central Asian states, but in terms of elevation it surpasses them all, enclosing more and higher mountains than any other country in the region. Tajikistan was a constituent (union) republic of the Soviet Union from 1929 until its independence in 1991. The capital is Dushanbe. 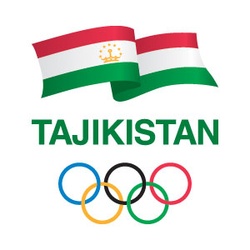 Tajikistan's climate is continental, subtropical, and semiarid, with some desert areas.

The climate changes drastically according to elevation, however. The Fergana Valley and other lowlands are shielded by mountains from Arctic air masses, but temperatures in that region still drop below freezing for more than 100 days a year. In the subtropical southwestern lowlands, which have the highest average temperatures, the climate is arid, although some sections now are irrigated for farming.

Tajikistan was once part of the Soviet Union, and did not compete in world sport under its own name until the 1990s.

Tajikistan first competed in the Olympic Games as in independent nation during the 1996 Atlanta Summer Olympics.

Since then they have competed in every Summer Olympics since, though only one person has ever represented the country in the Winder Olmpics with Andrei Drygin competing in the Super-G and giant slalom skiing events in the 2002 and 2006 Winter Olympics.

The only medal winning athlete from Tajikistan is Rasul Boqiev who won the Bronze in the Men’s under 73kg Judo event at the 2008 Beijing Olympics.

1994 saw the allowance of former Soviet Union states in the Asian Games competition by the IOC.

The Soviet invasion brought drama, opera and ballet to the region which still remains popular to this day.

However since gaining independence there has been a call for traditional Tajik art and culture to become more prominent. Traditional Tajik cuisine has much in common with Persian cuisine.

Traditional Tajik meals start with sweet dishes such as halwa and tea, and then progress to soups and meat, before finishing with plov.

Kabuli pulao, also known as qabili palau, is the Tajik national dish, a rice dish with shredded yellow turnip or carrot, meat, and olive oil or drippings, and is a staple dish in all the Central Asian republics, known elsewhere as plov. The traditional way to eat the dish is to share it communally with one's hands.

The traditional drink is green tea, sometimes consumed with nuts such as pistachios, It is Tajik belief that using ice is bad for one's health, and that drinking water or a soft drinks with ice in it will cause illness.