The Philippines meaning the pearl of the orient and consists of over 7,000 islands in the Western Pacific forming an archipelago. It is often divided into three island groups: Luzon, Visayas and Mindanao.

The capital is Manilla which is located on Luzon. The islands are volcanic in origin and covered in tropical rainforest.

The islands contain many active volcanoes including the Mayon Volcano. The economy in the Philippines is largely based around agriculture with goods like sugarcane, coconuts, rice, corn and other fruit.

However there has been a large push in the service industry, including tourism and more commonly, business process outsourcing. 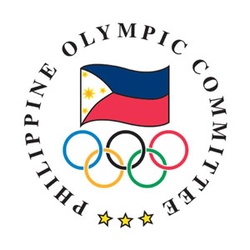 Sports are an intrinsic part of Filipino culture.

One of the most commonly played sports in the country is basketball, which can be attributed to the American governance until the Philippines declared independence in 1946.

It is home to Asia’s first professional basketball league and is the second oldest league in the world. In the first Southeast Asian Games in 1977 the national team won the gold medal.

The Philippines first sent athletes to the Olympic Games in 1924 but it wasn’t unti the next games in Amsterdam that they would win their first medal with Teofilo Yldefonso wining bronze in the men’s 400m breaststroke.

Other popular sports include martial arts of the karate and tae-kwon-do variety, boxing, golf, tennis and despite its location and climate, ice skating.

Lying in the typhoon belt of the Western Pacific the climate is hot and tropical.

With an annual average temperature of around 28 °C with some peaks of 38 °C there is little variation throughout the year.

The capital of Manila will see an average of 80 inches of rain evenly distributed throughout the year.

Filipino culture is a hybrid of Malayo Polynesian and Hispanic, due to the Spanish colonisation in the 16th Century.

Introduced in the 18th century the kalesa is still used in some tourist locations like Manila, Binondo and Iligan City and rural areas.

A kalesa is a horse drawn cart with two wheels and can accommodate up to four people.

In the old days these were used only by those who could afford them, usually the rich. Now however they are rare to see in use except in aforementioned tourist areas.

The Filipinos also like to party - Somewhere in the archipelago, there is at least one fiesta being celebrated 365 days a year!