Vietnam, officially the Socialist Republic of Vietnam, is the easternmost country on the Southeast Asian Indochinese Peninsula. Vietnam shares its land borders with China to the north, and Laos and Cambodia to the west.

It shares its maritime borders with Thailand through the Gulf of Thailand, and the Philippines, Indonesia and Malaysia through the South China Sea.

The capital is Hanoi and Vietnam is also the home to The My Son Santuary, a World Heritage site. 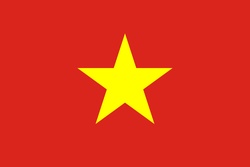 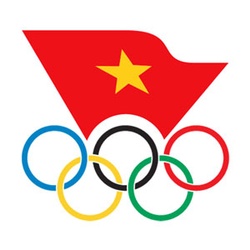 Popular sports in Vietnam include cycling, soccer, swimming, boxing, karate, tennis, aerobics, badminton and so on. The most common sport is soccer. The youth in the country are the majority participants in these sports.

Vietnam also has various sports clubs and training facilities that are used to train the upcoming sportsmen and sportswomen.

Hoang Xuan Vinh made history in Rio by racking up a score of 202.5 in 20 shots and firing a near bullseye to take gold in shooting.

Due to the ranges in latitude and altitude in the country, the climate differs considerably from location to location.

Temperature in the southern plains varies little and fluctuates between 21 °C and 28 °C over the year.

However in the mountainous north temperatures can vary between 5 °C in winter and 37 °C in the summer.

Colonial influences from France and China reach their height in the national cuisine, which is world famous.


The richness of Vietnam's origins is evident throughout its culture.

Spiritual life in Vietnam is a grand panoply of belief systems, including Confucianism, Taoism, and Buddhism.

Vietnamese architecture expresses a graceful aesthetic of natural balance and harmony that is evident in any of the country's vast numbers of historic temples and monasteries.