The ancient cities of Merv and Konye-Urgench inspire visions of caravans plodding along the ancient Silk Road, while the haunting beauty of the Karakum desert and other quirky natural phenomena are equally mesmerising. The full Turkmen experience is ultimately about mingling with the warm and fascinating people themselves, whose hospitality is the stuff of legend.

It is the second largest state in Central Asia, after Kazakhstan, and is the southernmost of the region’s five republics.

It shares borders with Kazakhstan, Iran, Uzbekistan and Afghanistan. 70% of its land is covered by desert and the capital city is Ashgabat.

The area is home to large deposits of oil and natural gas. Aside from natural gas, Turkmenistan exports crude oil, petrochemicals, textiles and cotton fibre. 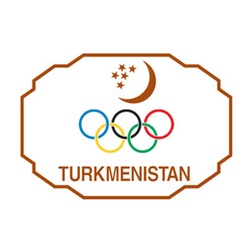 The traditional sports of Turkmenistan include horse riding and falconry, indeed the National Falconers Club of Turkmenistan joined the International Association for Falconry in the year 2000.

Although Turkmenistan has competed in 4 Summer Olympics beginning in 1996 in Atlanta, they have yet to win their first medal.

Previously Turkmen would compete as part of the Soviet Union team.

With a subtropical desert climate, Turkmenistan has long summers with temperatures reaching up to 35 °C in Ashgabat and mild winters with average temperatures of 8 °C.

The capital sees an average annual rainfall of almost 9 inches, most of which falls in the winter months.

The Turkmen people have traditionally been horse-breeding nomads.

Turkmens are famous for making gillams, mistakenly called Bukhara rugs in the West.

These are elaborate and colorful rugs, and these too help indicate the distinction between the various Turkmen clans. The Turkmen are extremely hospitable people.

Traditional dress can be seen on many of its inhabitants including the famous telpek hats. Made from sheepskin, these large black hats accompany red robes over white shirts on males.

Women will often be seen wearing ankle length dress and headscarves decorated with elaborate traditional motifs Young women with two braids and a small scarf are unmarried; those with one braid and a big kerchief have been wed.