Sri Lanka is an island nation in Southern Asia located in the Indian Ocean. The island is shaped like a tear drop and is mostly flat apart from the mountainous central region in the south where Mount Pidurutalagala reaches Sri Lanka’s highest point of 8,281 foot formerly known as Ceylon, Sri Lanka is a remarkable destination that is rich in culture and boasts of a lush natural environment.

The capital city is Colombo. Popular tourist attractions include Colombo, Sri Lanka's largest city a colourful destination that is flanked by the Fort district (Sri Lanka's business center) to the north, the Galle Face Green (a seafront expanse) to the south and the Cinnamon Gardens (the island's most fashionable neighbourhood) further down south and Kandy, built around a serene lake and surrounded by picturesque hill.

Its architectural character is unique and best represented by old shops, hotels and markets.

The main attraction is the Dalada Maligawa, an octagon-shaped temple that contains the sacred tooth of Buddha, the country's most revered religious relic. 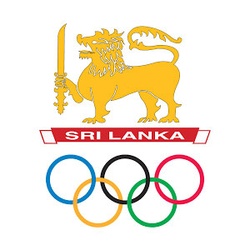 The sport of cricket is the most popular in the country. The national team won the Cricket World Cup in 1996 as well as reaching the finals against Australia in 2007.

They have also won the Asia Cup in 1996 and 2004. It will be co-hosting the 2011 Cricket World Cup with India, Pakistan and Bangladesh.

Other popular sports include the national sport, volleyball, tennis and rugby union. Sri Lanka first entered the Olympic Games in 1948 and has been a regular participant since, only missing the 1976 Games.

Sri Lanka have one two medals in the Olympic Games, both in the field of athletics.

Sri Lanka has a tropical climate and temperature varies little across the island, although it is slightly cooler atop the interior mountain range.

The lowest temperature reached in these parts is around 16 °C during winter and reaching up to 23 °C in the spring.

In contrast the temperature in the lowlands varies little all year round. Reaching peaks of 38 °C in the summer the average temperature is a slightly cooler 32 °C.

Rainfall is influenced by monsoon winds in the Indian Ocean and Bay of Bengal with the mountainous region experiencing the heaviest rain in the summer months.

There are two main traditional cultures on the island, the Sinhalese and the Tamil.

Around the 13th April each year people celebrate the Sinhala and Tamil New Year festival, elaborate costumes frequent many of the festivals held throughout the country.

The grand festival of Esala held in Kandy in July or August is a unique symbol of Sri Lankan culture.

Sri Lankans have added western influences to the customary diet such as rice and curry, pittu (mixture of fresh rice meal, very lightly roasted and mixed with fresh grated coconut, then steamed in a bamboo mould), batter cooked rapidly in a hot curved pan, accompanied by eggs, milk or savouries.

Middle Eastern influences and practices are found in traditional Moor dishes. While Dutch and Portuguese influences are found with the island's Burgher community preserving their culture through traditional favourites such as Lamprais (rice cooked in stock and baked in a banana leaf) and Breudher (Dutch Christmas cake).

The earliest music came from the theater at a time when the traditional open-air drama (referred to in Sinhala as Kolam, Sokari and Nadagam).

A very popular type of music is the so-called Baila, a kind of dance music that originated from Portuguese music introduced to the island in colonial times.