Lebanon is a mountainous country in the Levant with a coastline on the eastern Mediterranean Sea; it borders Israel in the south and Syria in the north.

Lebanon's coastal region, was the site of some of the oldest human settlements in the world—the Phoenician ports of Tyre (modern Ṣūr), Sidon (Ṣaydā), and Byblos (Jubayl) were dominant centres of trade and culture in the 3rd millennium BCE.

The capital city is Beirut. Lebanon tourist destinations comprise of the “Paris of the East” or Beirut, Anjar which is reputed to have an “Umayyad” connection.

Lebanon is the home of Arabic architecture and lovely historical monuments; Qadisha Valley or the Holy Valley, which is listed among the World Heritage sites , famous monasteries, beautiful chapels, Tyre and Tripoli which is often compared to the dream of Arabian Nights. 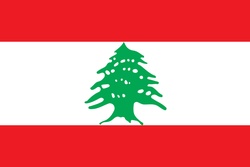 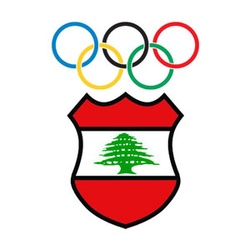 Because of Lebanon's unique geography, both summer and winter sports thrive in the country. Canoeing, cycling, rafting, climbing, swimming, sailing and spelunking are among the other common leisure sports in Lebanon.

At the competitive level, basketball, football, and hip ball are among Lebanon's most popular sports.

To meet the needs of these international competitions, Lebanon maintains state-of-the-art athletic facilities, which in turn encourage local sporting activities.

Lebanon sends athletes to both the winter and summer games of the Olympics and Special Olympics. Lebanon has won 4 Olympic medals 1 bronze and 1 silver in 1952 Helsinki, 1 silver in Munich 1972, 1 bronze in Moscow 1980.

Lebanon has a moderate Mediterranean climate. Winters are generally cool and rainy and summers are hot and humid.

In more elevated areas, temperatures usually drop below freezing during the winter; summers, on the other hand, are warm and dry.

Although most of Lebanon receives a relatively large amount of rainfall annually, certain areas receive little rainfall because the high peaks of the western mountains.

The area including modern Lebanon has been home to various civilizations and cultures for thousands of years.

Originally home to the Phoenicians, and then subsequently conquered and occupied by the Assyrians, the Persians, the Greeks, the Romans, the Arabs, the Ottoman Turks and most recently the French, Lebanese culture has over the millennia evolved by borrowing from all of these groups.

In ancient times, Lebanon housed large forests of the Cedars of Lebanon, which now serve as the country's national emblem.