The Kyrgyz Republic, to give it its proper title, is quite simply one of the most beautiful countries on earth. The Mountains of Heaven that stretch majestically across its length and breadth are lush, high and wild, dissected by sweeping steppe lands, primal forests and turquoise lakes. And far in the distance, scratching the belly of the endless sky, is an ever-changing vista of lofty snow-capped peaks that, up until a decade ago, were strictly off-limits.

Home to glaciers, deserts, alpine meadows and several 7000 metre plus mountains, the country rises up from the fertile slopes of the Ferghana Valley to the heights of Mount Pobeda (7,437 m) on the Chinese-Kyrgyzstan border. Scattered with over 2,000 lakes, a third of this breathtaking country is permanently covered in snow.

Kyrgyzstan which was historically known as the land of 40 tribes, is landlocked by Kazakhstan, Uzbekistan, Tajikistan and China.

The capital city is Bishkek.

Sites of interest in Kyrgyzstan include Burana Tower, Ala Archa National Park, Son-Kul Lake, the remote mountain lake at an altitude of about 3000 meters, Tash Rabat a stone fortress and Osh the ancient Silk Road city. 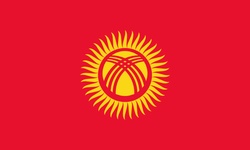 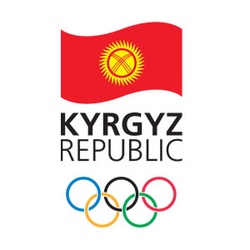 The mountains are a perfect destination to enjoy adventure sports like climbing and skiing.

The Kyrgyz play many horseback games due to the importance of the horse in own culture, these include Ulak Tartysh, a team game resembling a cross between polo and rugby in which two teams of riders wrestle for possession of the headless carcass of a goat, which they attempt to deliver across the opposition's goal line, or into the opposition's goal: a big tub or a circle marked on the ground, Aht Chabysh - a long-distance horse race, Jumby Atmai - a large bar of precious metal (the "jumby") is tied to a pole by a thread and contestants attempt to break the thread by shooting at it, while at a gallop and Oodarysh - two contestants wrestle on horseback, each attempting to be the first to throw the other from his horse.

Ice hockey is also quite popular in Kyrgyzstan and national team took first major win in an international competition in the 2011 Asian Winter Games Premier Division when they took the perfect 6-game 6-win streak.

The climate in Kyrgyzstan varies regionally. The south-west is subtropical and extremely hot in summer, with temperatures reaching 40°C - 104°F.

The north varies from dry continental to polar climate, depending on elevation. In the coldest areas temperatures are sub-zero for around 40 days in winter, and even some desert areas experience constant snowfall in this period.

This kind of weather is attributed to its terrain including large lakes and mountains. In the valley areas of Kyrgyzstan a total amount of precipitation makes up 230-500 mm. In the mountainous areas it can reach 1500 mm.

In warm seasons precipitation falls more than in a cold ones and thunder storms are a frequent phenomenon.

Kyrgyz culture has been greatly influenced by their nomadic heritage. It is reflected in the way a household was run, in customs and rites.

People decorated their homes with items that were both beautiful and practical. The masterpiece of folk creation is the Kyrgyz yurta and is very important in their way of life.

They have always been living with cattle, especially sheep and horses from the very beginning were important animals, but also cows and goats are being raised, as well as donkeys for the smallest of the family to ride them.

Girls, learn the traditional handicraft creating very beautiful carpets that are made with months- or year-lasting work. Horse-back riding is one of the most important parts of Kyrgyz culture.