The Republic of Korea often referred as the "Land of the Morning Calm" occupies southern region of the Korean Peninsula in Noth-East Asia. The mountainous region is flanked by the East Sea to its east and the Yellow Sea to the west.

There are a series of islands surrounding the country, the largest of these is Jeju-do is 7,845 sq km and is located 100 km away from the southern coast.

The Southeastern part of the country is washed by the Nakdong River which flows from the Taebaek Mountains to the Korean Strait, passing through major cities including Daegu and Busan.

The capital is Seoul. Korea's industrial base shifted from agriculture to manufacturing since 1960s and is now shifting to service industries. A global force in a number of significant industries, such as automobiles, petrochemicals, electronics, shipbuilding, textiles, and steel. It is one the largest trading world partner.

About Republic of Korea 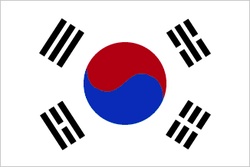 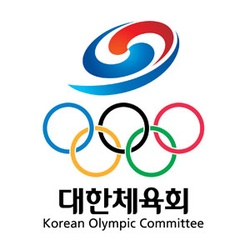 The foundation for the country's culture and arts is the Korean identity: a combination of traits associated with continental and island peoples.

Throughout many millennia, Korea has interacted with the predominant continental cultures of Asia despite its peripheral location in the northeast. Remarkably, while accommodating major religions and traditions of other Asian regions, the country has developed a truly distinct culture in many aspects, which some people call the “centrality of the Korean culture.”

Korea has one the most dynamic and strongest economies in the world.

Koreans have always enjoyed a variety of sporting activities. The impressive national economic growth in recent years has given people increased leisure to indulge their passion in sports.

The most popular sports in Korea is archery, taekwondo, baseball, softball, football and handball.

Temperature in the winter ranges from -7C to 1C in the capital Seoul with the summer bringing a range of 22C to 29C.

Although winter temperatures are less harsh along the southern coast than in the capital, they are subject to typhoons in the late summer.

Annual precipitation levels vary by around 4 inches, with an average of 58 inches in Busan to the south and 54 inches in Seoul to the north.