The capital of Kazakhstan is Astana. Oil, uranium, ferrous and nonferrous metals, machinery, chemicals, grain, wool, meat and coal are all major exports of this diverse country.

Due to the large scale of the country it has a diverse terrain there are many attractions for tourists. These include nature reserves, museums and cathedrals, architectural monuments, Tamgaly Petroglyphs Mountains and rock carvings, Charyn canyon also known as the little brother of the Grand Canyon and not to forget the only preserve in Central Asia Aksu-Dzhabagly. 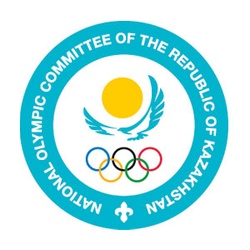 Kazakhstan was once part of the Soviet Union, and did not compete in world sport under its own name until the 1990s. Kazakhstan is the world’s largest landlocked country which is why there is little doubt why the most popular sport in the country is football.

Kazakhstan is a former member of the East Asian Games. It now participates in the Central Asian Games.

Kazakhstan’s climate is sharply continental, and hot summers alternate with equally extreme winters, especially in the plains and valleys.

Kazakhstan has a number of modern theatres and offers Uighur, Korean, and Russian musicals, opera, ballet, and puppet performances.

All of these encompass Kazakhstanis culture. Urban Kazaks tend to wear modern clothing, but the women of remote villages continue to wear traditional dresses and head scarves.

Before the Russian colonization, the Kazakhs had a well-articulated culture based on their nomadic pastoral economy.

Although Islam was introduced to most of the Kazakhs in the fifteenth century, the religion was not fully assimilated until much later. As a result, it coexisted with earlier elements of Tengriism.

Traditional moral values of Kazakhs are respect of the elders and hospitality to strangers. In the national cuisine, livestock meat can be cooked in a variety of ways and is usually served with a wide assortment of traditional bread products.

Also there has been a revival of the Kazakh language, which is returning into mainstream.

This is widely approved as a way of preserving the national identity and culture.