The county name Japan come from word Nippon which means the suns origin, often translated to land of the rising sun.

Japan is an island chain between the North Pacific Ocean and the Sea of Japan, east of the Korean Peninsula, Most of the islands are mountainous and many volcanic. It gained independence in 660 B.C. when Japan was traditionally founded by Emperor JIMMU.

The capital city is Tokyo. Japan's has many attractions and one of the strongerst economies in the world. The past meets the present in modern-day Japan, with its rich cultural history that dates back millenia and ultra-modern influences in technology, entertainment and lifestyle.

Popular tourist attractions alongside the national parks and museums include Tokyo, Hiroshima Peace Memorial, Kyoto and of course Mount Fuji. 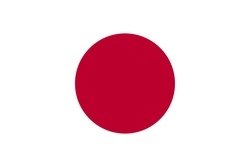 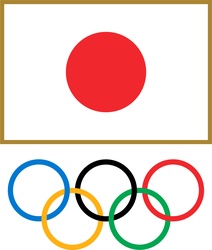 Japanese culture is one of the oldest Asian cultures. Traditional Japanese arts include crafts i.e. origami, performances, traditions and cuisine.

The fusion of traditional woodblock printing and western art led to the creation of manga, a typically Japanese comic book format that is now popular within and outside Japan.

Japan is one of the largest and strongest economies in the world.

Judo is originated from Japan, and it is one the Olympic sports.

Baseball, softball, football are other popular sports in Japan.

Two primary factors influence Japan's climate: a location near the Asian continent and the existence of major oceanic currents.

The climate from June to September is marked by hot, wet weather brought by tropical airflows from the Pacific Ocean and Southeast Asia. These airflows are full of moisture and deposit substantial amounts of rain when they reach land.

There is a marked rainy season, beginning in early June and continuing for about a month. It is followed by hot, sticky weather. Five or six typhoons pass over or near Japan every year.