Iraq is the home of one of the Seven Wonders of the World, the Hanging Gardens of Babylon. The capital city is Bagdad.

The numeral 60 based math system developed in Iraq, which is the basis of time in the modern world, invention of longitude and latitude in geographical navigation and much more were all founded. 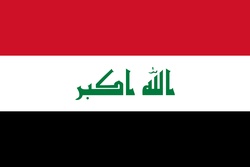 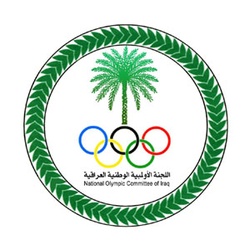 Sport is integral part of Iraqi society, some of the most popular sports are wrestling, weight lifiting.

Football is the most popular sport within Iraqi society, Iraq has won prestigious Asian Football Cup in 2007.

Iraq NOC plays important role in the development of sport in the region.

The climate in Iraq is mostly desert, with mild and cool winters and dry, hot summers. Iraq has two climatic provinces: the hot lowlands, including the plains and deserts; and the damper northeast, where there are cooler temperatures.

In the lowlands there are two seasons, summer and winter, with short transitional periods between them.

Winter Temperatures are generally mild, although extremes of hot and cold, including frosts, can occur.

Iraq has one of the world's oldest cultural histories and boasts a rich heritage.

The region of Iraq was historically known as Mesopotamia which is Greek meaning between the rivers.

Iraq is the home to the world's first known civilization, the Sumerian culture.

Iraq being a part of the Silk Road, play significant role as trade hub between Europe and Asia.