Iran formally known as Persia. The capital of Iran is Tehran.

Its main exports are petroleum, persian carpets and agricultural products; has many tourist attractions.

There are ancient towns, mosques, museums and archaeological sites such as Meidan Emam (Naghsh-e Jahan) Square, Ali Qapu Palace, The Palace of Roses and the Central Bank to name but a few.

About Islamic Republic of Iran 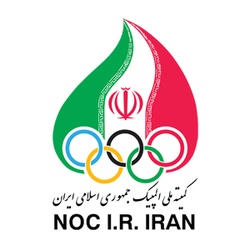 Iranian people are famous for their love for sport as a nation. In ancient Persia sport was mandatory within the Persian society. In the modern sport world Iran is very strong in valleyball, basketball, football, weightlifting, judo and taekwando. It is considered top 5 medal ranked countries in the Asian Games. Iran had organized the 7th Asian Games in Tehran 1974.

Iran's climate is mostly dry or semidry, to subtropical along the coast.

On the northern coastal plain temperatures nearly fall below freezing and it remains humid for the rest of the year.

The east is dry, with less than 200 mm (eight in) of rain, and has occasional deserts.

Average summer temperatures exceed 38 °C (100 °F). The coastal plains of the Persian Gulf and Gulf of Oman in southern Iran have mild winters, and very humid and hot summers.

Iran is the birthplace of an ancient civilization. The Persian language is known to have one of the world's oldest and influential literatures.

Iranian culture is one the oldest in the world and has influenced cultures like Italy, Macedonia, Greece, Russia, the Arabian Peninsula, and parts of Asia.

Iranian art has one of the richest art heritages in the world history. The art of ancient Persia includes architecture, painting, weaving, pottery, calligraphy, metalworking and sculpture.