Democratic Republic of Timor-Leste otherwise known as East Timor meaning Unity, Action, Progress is Located in Southeastern Asia at the eastern end of the Indonesian archipelago.

The capital city is Dili.

With a vast array of geographical features on the island there is plenty there to appeal.

From dolphin and whale watching in the waters around Timor-Leste near the capital Dili to climbing Mount Ramelau, the largest mountain in Timor-Leste reaching 2.9km at the highest point.

The area also has multiple locations for scuba diving in its coral reefs. 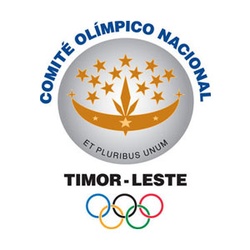 Timor-Leste traditional music, dance and story-telling is a fundamental part of its culture, heritage and very engaging to watch.

Timor Leste is a relatively new country, but it belongs to numerous international sport associations, including the International Olympic Committee (IOC) and Olympic Council of Asia (OCA).

The IOC board has granted full recognition to the East Timorese Olympic Committee (COTL).

The most popular sport in East Timor is football, however some other sports like cycling, martial arts, weightlifting and badminton are also quite popular.

In the 2004 Athens Summer Olympics was the first formal entry of Timor-Leste in the competition.

An area of natural beauty the island is home to many caves, valleys and mountains as well as vast forests and important coral reefs.

The climate is tropical with distinct wet and dry seasons.

The majority of rain falls between December to March with an average annual rainfall of over 75 inches.

The temperature remains relatively stable all year round at around 35 °C.