Indonesia is a culture-rich country situated in Southeast Asia. It's the home of colourful native costumes and diverse heritage and a popular tourist attraction.

It has many volcanoes and is the home of heavenly beaches and resorts.

The capital of Indonesia is Jakata. 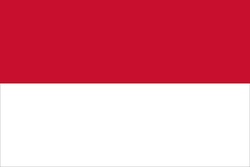 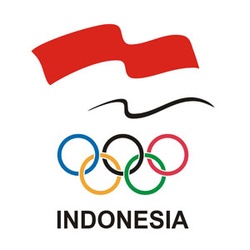 Sports in Indonesia are popular from both the participation and spectating aspect.

Some popular sports in Indonesia are badminton, football, volleyball,basketball and the native Indonesian martial art pencak silat. Badminton is one of Indonesia's most successful sport.

Indonesia has won gold medals in badminton in every Olympic Games since the sport was first introduced to the Olympics in 1992 except in 2012 Summer Olympics. Indonesia is regularly a participant in the Thomas Cup, Uber Cup, and Sudirman Cup badminton championships.   Indonesia is regularly participating in regional multi-events sport, such as Southeast Asian Games, Asian Games, and Olympic Games.

There are two discernible seasons in Indonesia: the dry season, which extends from June to October, and the rainy season, which lasts from November to March, both are hot.

The coastal regions, however, are often cool, and in the mountains the air is often chilly.

The climate of Indonesia is determined partly by its island structure and its position astride the Equator, which assure high, even temperatures.

In addition, its location between the two landmasses of Asia and Australia exposes it to seasonal patterns of precipitation brought by monsoon winds.

The most famous of Indonesia's islands is the exotic Bali, known for its captivating art and temples, but there are also untold natural and cultural wonders on the much larger islands of Java, Sumatra, Kalimantan, Sulawesi, and in Irian Jaya.

The most dominant influences on Indonesian architecture have traditionally been Indian; however, Chinese, Arab, and European architectural influences have been significant.

Indonesian cuisine varies by region and is based on Chinese, European, Middle Eastern, and Indian precedents. Rice is the main staple food and is served with side dishes of meat and vegetables. Spices (notably chili), coconut milk, fish and chicken are fundamental ingredients.