India land borders the Arabian Sea and the Bay of Bengal, between Burma and Pakistan It is the seventh largest country by geographical area in the world. Its meaning is debated it has been suggested that it means either Indus River or Land of the Hindus. India is the second largest country in the world by population.

Capital city is New Delhi. Due to the large size of India there are many tourist attractions, these include the India Gate and gateway in Delhi, the Taj Mahal, the Golden Temple, Lake Palace, Valley of Flowers and many other temples, national parks, beaches and museums. 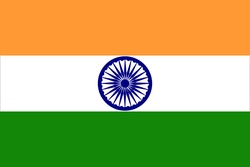 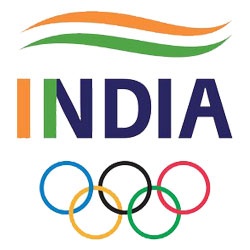 India's national sport is field hockey although cricket is the most popular sport in India. In some states, particularly those in the northeast and the states of West Bengal, Goa, and Kerala, football is also a popular sport.

Traditional sports include kabaddi, kho kho, and gilli-danda, which are played nationwide.

India is also home to the ancient martial arts, Kalarippayattu and Varma Kalai.

India has developed sport in badminton and squash.

The first Asian Game was held in India in New Delhi city in 1951, also India hosted in the same city 9th Asian Games in 1982.

Because of India's size, its climate depends not only on the time of year, but also the location.

In general, temperatures tend to be cooler in the north, especially between September and March. The south is coolest between November to January.

In June, winds and warm surface currents begin to move northwards and westwards, heading out of the Indian Ocean and into the Arabian Gulf. This creates a phenomenon known as the south-west monsoon, and it brings heavy rains to the west coast.

Between October and December, a similar climatic pattern called the north-east monsoon appears in the Bay of Bengal, bringing rains to the east coast.

India's climate is strongly influenced by the Himalayas and the Thar Desert, both of which drive the monsoons

India has great heritage asn Asia's most astounding architectural achievements, including thousands of ancient temples and the Taj Mahal.

India has extensive national parks and plenty of opportunities for safari and trekking in the Himalayas.

Indian architecture is one area that represents the diversity of Indian culture most comprises a blend of ancient and varied local traditions from several parts of the country and abroad.

Indian music covers a wide range of traditions and regional styles and became of the most famous music countries in the world.

The Indian film industry is the largest in the world, Bollywood.

Indian cuisine is characterized by a wide variety of regional styles and sophisticated use of herbs and spices.

Many Indian festivals are religious in origin, although several are celebrated irrespective of caste and creed.