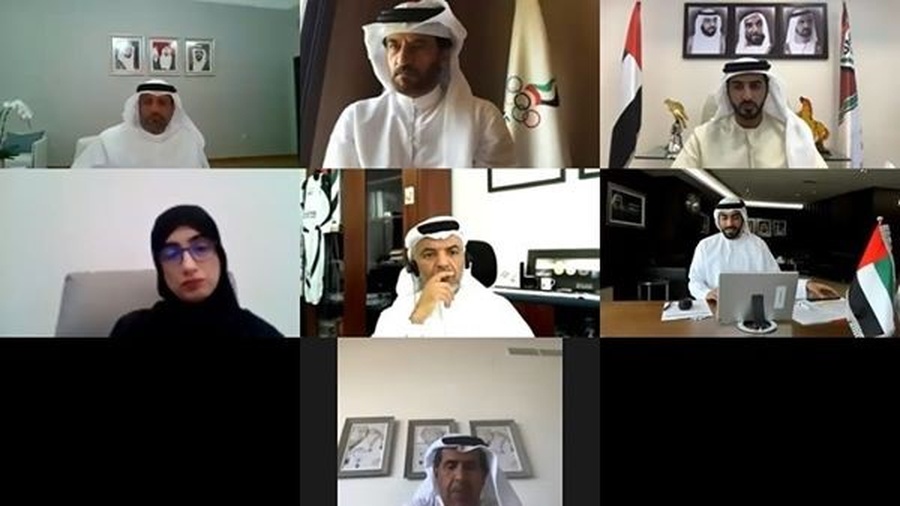 Dubai, United Arab Emirates, July 28, 2020: A webinar on the future of the International and National Olympic movement organised by the United Arab Emirates Olympic Committee on Monday, July 27, has put forward a number of initiatives and recommendations.

The webinar was launched by HE Mohammed bin Salim, Secretary-General of the UAE NOC, and it addressed the likely situation after the COVID-19 pandemic.

Among the initiatives that were brought up were:

(a)  hold an Olympic Games-styled tournament at the level of universities in the United Arab Emirates.

(b)  Olympic legacy – strengthening the Olympic legacy in the UAE in coordination with stakeholders and various sports bodies which will include key dimensions like: develop and strengthen the economic capacity of Olympic sports; enhance infrastructure; instilling principles and values of the Olympic Movement and promoting the importance of exercise for the health and well-being of the community.

(c)  Olympic of the communities – confirming the state’s vision towards promoting integration and compatibility among all members of the Emirates community with the application of the IOC charter regarding non-discrimination in sports.

Secretary-General Salim also revealed that the NOC was in the process of finishing the strategic plan for setting up a National Olympic Academy. He said the UAE Olympic Library, which will house thousands of international books and references associated with sports science and the Olympic Movement, would soon be ready and that a new NOC building was nearing completion.

The webinar also recommended that the sports system across the UAE be restructured so as to have a uniform law and a unified strategy. Speakers also highlighted the importance of supporting elite athletes of the National Paralympic Committee and to increase the numbers of players registered with the UAE Football Federation.