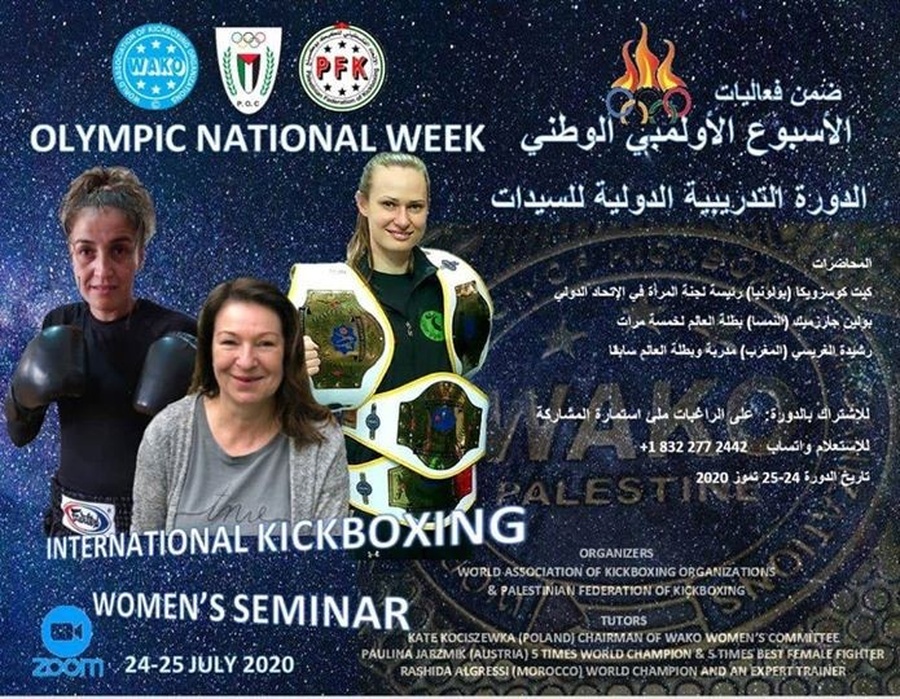 A total of 140 female athletes from 23 Arab and foreign countries participated in the July 24-25 Zoom programme which was part of the National Olympic Week backed by the Palestine Olympic Committee.

The first day of the training sessions included a keynote address by Kate Koszika, who heads the women’s committee of the World Kickboxing Federation. She spoke about promoting gender equality in the sport.

This speech was followed by a talk from five-time world champion Pauline Garzmick, who explained the finer points in preparing for a bout and the art of combat skills. A number of international coaches participated in the two-day event imparting their knowledge online.

Samir Othamna, President of the Palestine Kickboxing Federation, reported it was the second international online session held by the federation since the outset of the coronavirus pandemic, underlining the fact that, despite the worldwide situation, the Palestinian body was determined to make a positive impact on the international sporting community. 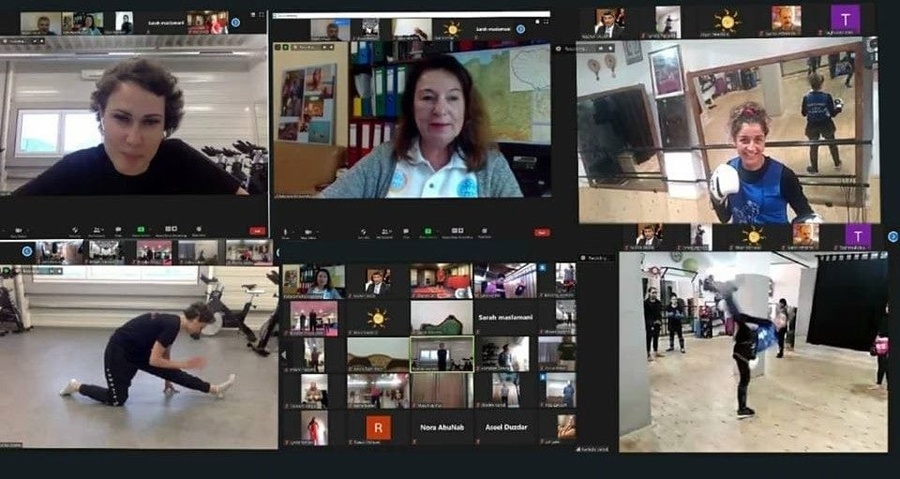