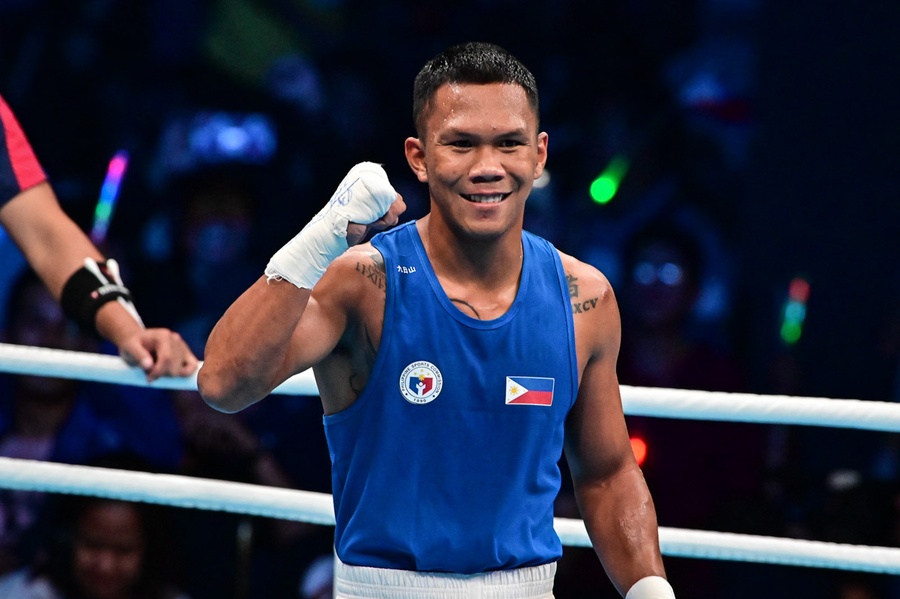 “I chose MP Promotions because they are behind me 100 percent in my quest to fight for the Philippines in future Southeast Asian Games, Asian Games and even Olympics,” Marcial said in a statement.

“I want to start now and not later,” Marcial said in Filipino. The 24-year-old boxer from Zamboanga City is a southpaw whose deliberate, in-your-face boxing style is tailor-made for the pros.

As one of the few Filipinos assured of slots in Tokyo, Marcial is hoping to win the first Olympic gold medal for the country.

And while everything is on hold, Marcial said he is confident he can continue to wear the Philippine colours while pursuing a world title fight in pros.

“I promise to give it my all to win the Olympic gold and become a world champion from now on,” his statement added.

“People have had expectations of me since I won the world youth in 2011. I will absorb all this pressure and use it as motivation in my training,” Marcial said.

In a written statement in Filipino, he thanked the Association of Boxing Alliances in the Philippines, which helped mold him into a three-time SEA Games champion, 2011 World Youth Championship gold winner, 2019 World Championships silver medalist and 2020 Olympic qualifying champ from the Asia/Oceania tournament in Jordan in March.