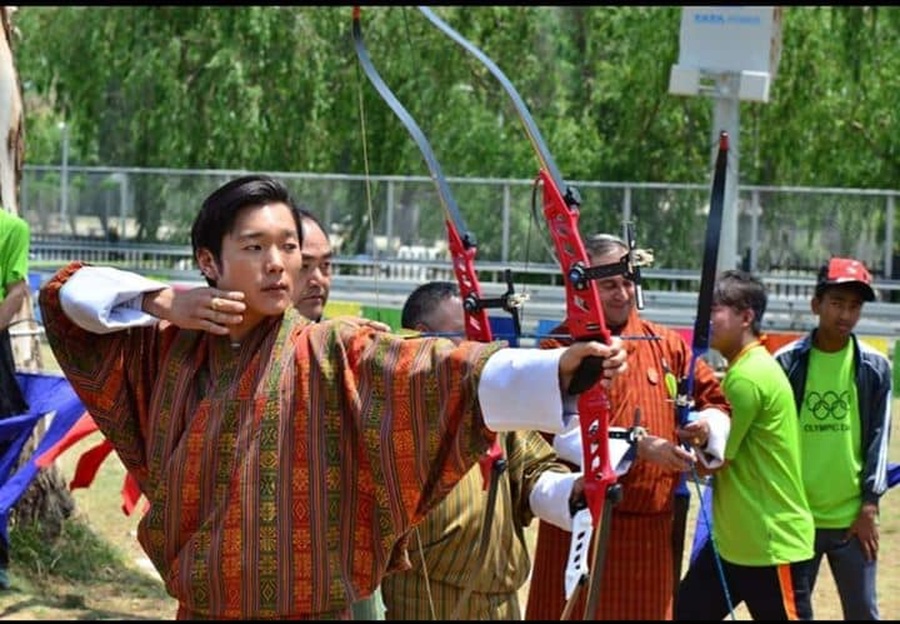 In his IOC profile he lists archery, basketball, football, cycling and shooting as the sports he has practised, including playing for an A-League basketball team in Bhutan.

“On the joyous occasion of the 36th Birth Anniversary of His Royal Highness Prince Jigyel Ugyen Wangchuck, the Bhutan Olympic Committee and the sporting community would like to express our humble wishes and prayers for His Highness's long life and good health la.

“May His Highness continue to be an inspiration and keep leading us towards development of sports in the country. Thank you la.”

The Bhutan Archery Federation also greeted Prince Jigyel. “Thank you for always inspiring us,” they said.

The Basketball Federation of Bhutan showed a picture of the Prince in action on the basketball court and added: “The Basketball community would like to offer our good wishes and prayers of good health, happiness and long life on the 36th Birth Anniversary of His Royal Highness Prince Jigyel Ugyen Wangchuck.”

Prince Jigyel has been President of the Bhutan Olympic Committee since 2009. He initiated and organised the first Tour of the Dragon 268-km mountain bike race in 2010 and facilitated the development of The King’s Challenge, an epic 14-day journey across the most challenging and less explored terrains of Bhutan in 2013.