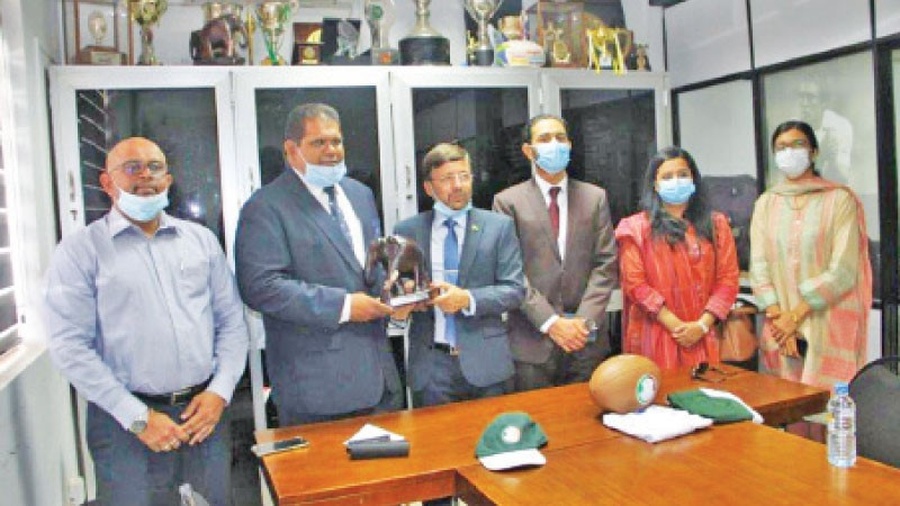 The request was made at a Sri Lanka Rugby-hosted ceremony to accept rugby gear from the Pakistan-Sri Lanka Friendship Society.

Guneratne thanked the Ambassador and the Pakistan Government for giving a helping hand.

“We know that Pakistan as a country has contributed immensely not only for sports but also in various other circumstances including the three-decade civil war. While making the request to include rugby at the next South Asian Games, we in return would also like to support Pakistan and help develop the game there,” Guneratne said.

Sri Lanka has a rugby history of over 140 years and are among the top tier in Asia, especially in sevens.

Ambassador Khattak said: “Sri Lanka is a beautiful country and the people are so kind. This is a small token for the love and respect for the people of this country. This gear wouldn’t be sufficient for all the rugby players here. But it is a gesture on our part to remain connected to our brothers and sisters here.”