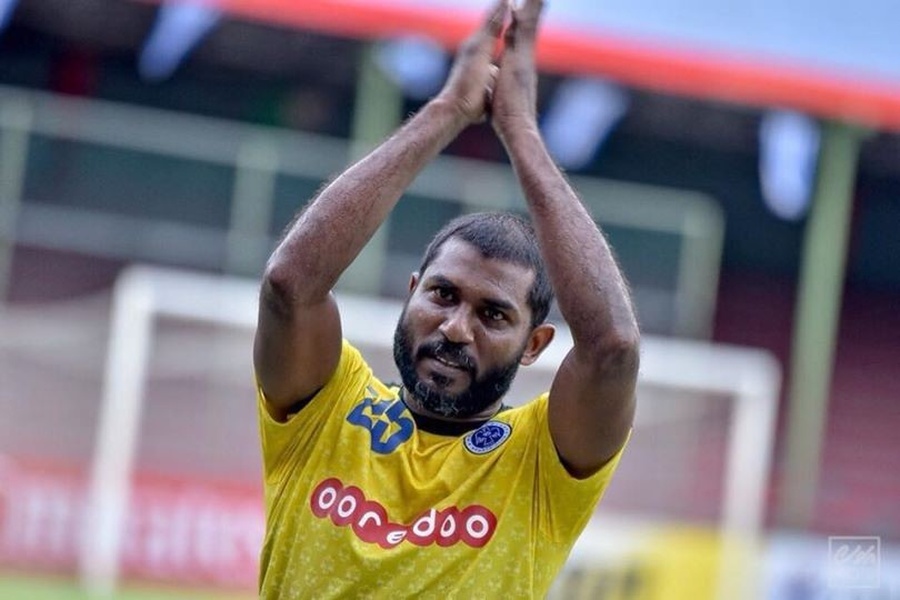 Male, Maldives, July 8, 2020: The Maldives Olympic Committee has extended its congratulations to Imran Mohamed for being included in the prestigious FIFA Century Club which lists players who have more than 100 international caps for the national team.

Imran, former goalkeeper of the men’s national team, is the first Maldivian to join the FIFA Century Club.

Imran said on Twitter: “It’s an immense pleasure and privilege to be listed in the FIFA Century Club. A heart full of gratitude to all my supporters who have been the backbone of my career throughout”.

Imran played for 17 years and won 109 caps for his country before retiring in December 2018. He was the first choice national goalkeeper since 2000.

One of the main highlights of his career was when Maldives won the South Asian Football Federation Championship in 2008. Imran presented Maldivian President Mohamed Solih with a glove from the set he used in that tournament at the charity match to mark his retirement.