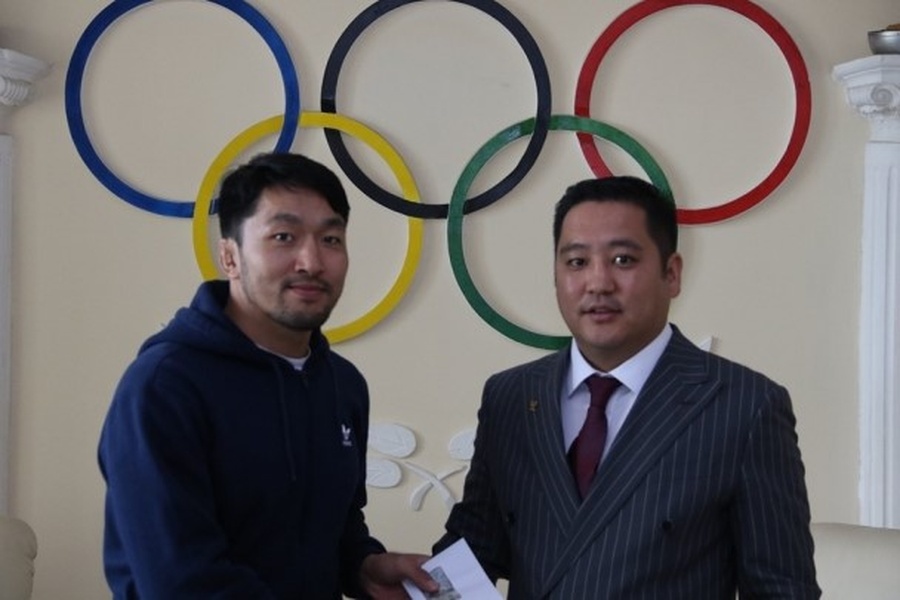 Ulaanbaatar, Mongolia, October 7, 2019: A total of 17 athletes from Mongolia have received Olympic Scholarships for Tokyo 2020. They will come under the International Olympic Committee’s Olympic Solidarity programme.

The Mongolian Olympic Committee together with the country’s sports federations had submitted a list of athletes to the IOC for consideration for Olympic Scholarships and 17 were chosen.

The Secretary General of the Mongolian Olympic Committee, Enkhbatyn Badar-Uugan, met the 17 athletes and their coaches last Thursday, October 3, and presented them with the scholarship certificates.

The Olympic Scholarship programme offers NOCs the possibility to obtain financial assistance for a limited number of selected athletes who have shown potential to qualify for the Olympics and be in contention of winning a medal.