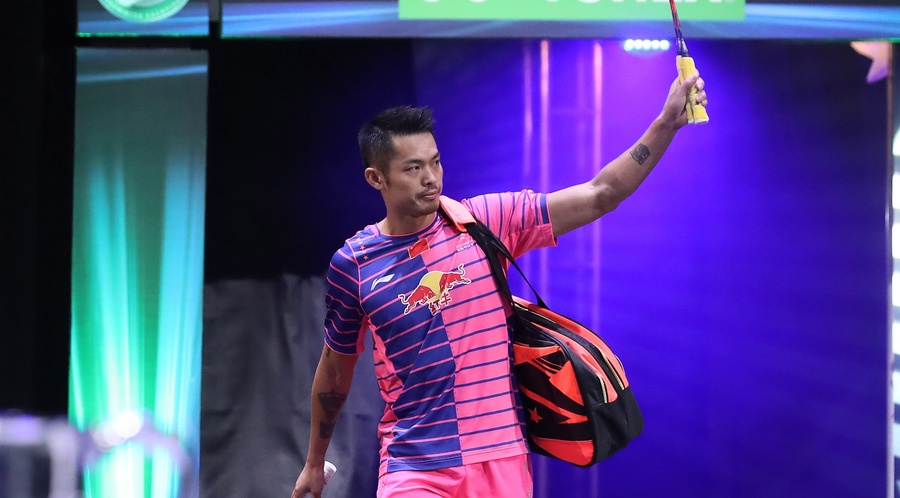 The Chinese left-hander, winner of Olympic gold medals in 2008 and 2012 and a five-time world champion, is regarded as one of the all-time greats.

“I have been with the national team from 2000 to 2020 and it is very difficult to say goodbye,” the Guangzhou Asian Games 2010 MVP wrote on his Weibo account.

“In 2000 I became the Chinese team’s Lin Dan and I was happy and proud. My family, coaches, team members and fans accompanied me in many hardships, ups and downs. Every jump smash was a hope for

victory; I journeyed across four Olympics.

“At 37, pain and injuries no longer allow me to fight with my teammates. I have gratitude, a heavy heart and unwillingness. In the days to come I hope to spend more time with my family, and I will also look for a new ‘court’.

“I’m thankful to my country, my coach, my family and fans. Thank you to elite opponents who motivated me. I wish to tell all of you who are chasing your own dreams, always keep your hunger and give everything.”

His opponent in both the Beijing 2008 and London 2012 Olympic Games final was Malaysia’s Lee Chong Wei, who retired last year for health reasons after an epic career and rivalry with the charismatic “Super Dan”.