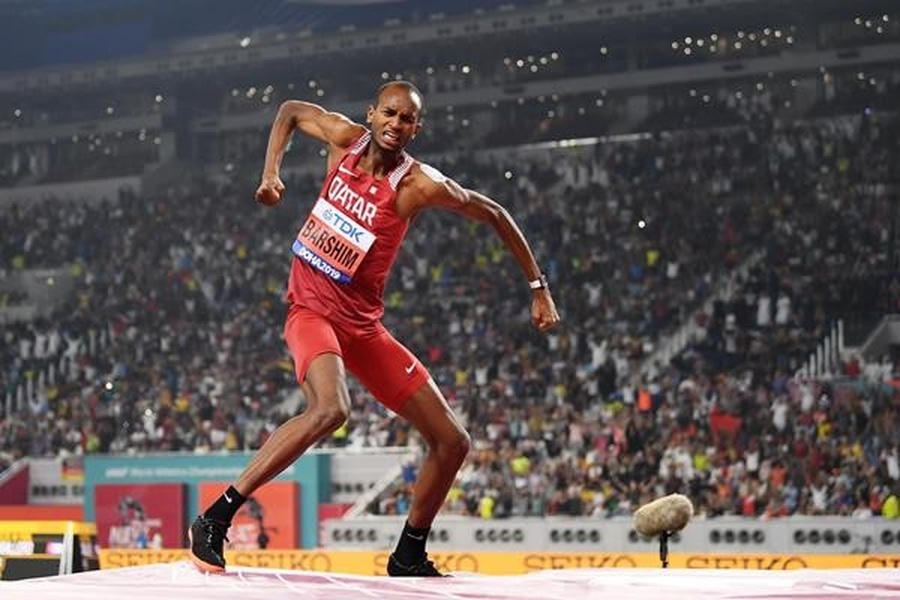 Barshim, 28, delivered the first gold medal for hosts Qatar with a leap of 2.37 metres amid thunderous acclaim from a packed Khalifa International Stadium.

One of the first to congratulate him were Qatar Olympic Committee President HE Sheikh Joaan bin Hamad al-Thani and Qatar Athletics Federation President Dr. Thani Abdulrahman al-Kuwari, who were both track-side to encourage the local athletes on one of the biggest international stages.

Barshim was the poster boy for these championships as soon as they were fixed on Doha, but ruptured ankle ligaments ruined his competition last year and the man who stands second on the world all-time list with 2.43m had arrived for the big home event having competed only three times this year, with a best clearance of 2.27m.

The home fans need not have worried for Barshim delivered on the night to give Qatar a second medal at these championships – 400m hurdler Abderrahman Samba having won bronze earlier in the week.

Meanwhile Bahrain’s Salwa Eid Naser became the third fastest female 400m runner on Thursday, October 3, when she earned gold in 48.14 seconds, almost a full second swifter than her previous best of 49.08 and the fastest run for 34 years.