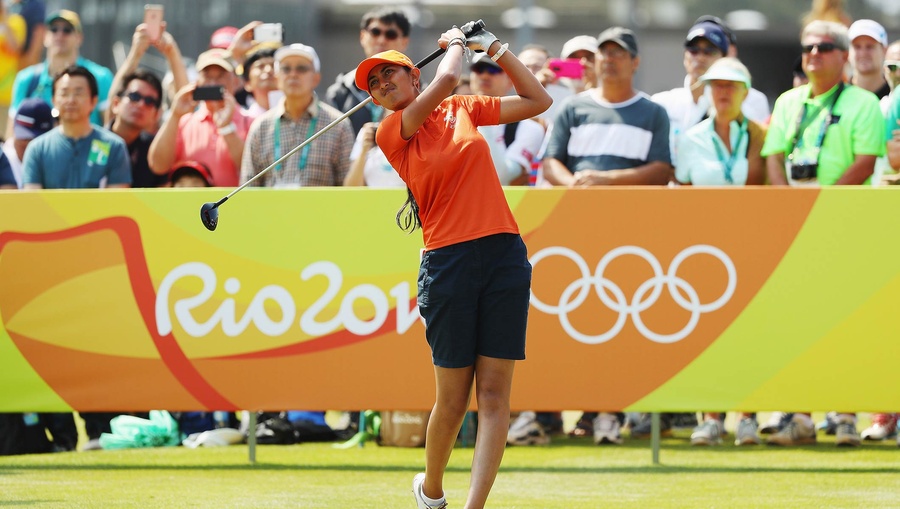 Bengaluru, India, July 2, 2020: In an interview with the IOC website (www.olympic.org), Aditi Ashok reveals how she hopes to inspire the next generation of female golfers in India.

The 22-year-old Rio Olympian and United States LPGA Tour player was asked if it was important for her to be a role model.

“Yes, definitely,” she said. “It’s obviously not why I started, or what I’m thinking about when I practise every day, but it is definitely something that's at the back of my mind because I know I’m pretty much one of the only Indian women out there right now.

“So it’s important for me to keep doing well and keep playing in big events. Growing up in India, women’s golf wasn’t a big thing. You could really only see the men’s events on TV; you couldn’t watch the women. So, being able to increase that exposure for women’s golf in India is definitely important.”

Having played on the Ladies European Tour in 2016 and finished second in the Order of Merit, Aditi became the first LPGA player from India in her rookie year in 2017 and has amassed 568,870 USD in prize money on the pro tour in the United States.

A few months after playing at the Rio Olympics, where she finished 41st, India’s new golf star earned her first professional win at the Women’s Indian Open on the Ladies European Tour – and this elevated the game of golf even further.

“On the men’s side there has always been a European Tour event in India, and there have always been good guys from India who have done well. But for the women we’ve only had the Indian Open since 2007 and, until I won it in 2016, there had never been a winner from India.

“So I think that was huge and I was just so happy that I was able to win my first event at home. It was great, with a lot of crowds, and it was a fun week. I never grew up thinking an Indian girl could actually win. But I know now that all the Indian amateurs and juniors who play the event can see that there is an Indian girl who has won this before.”