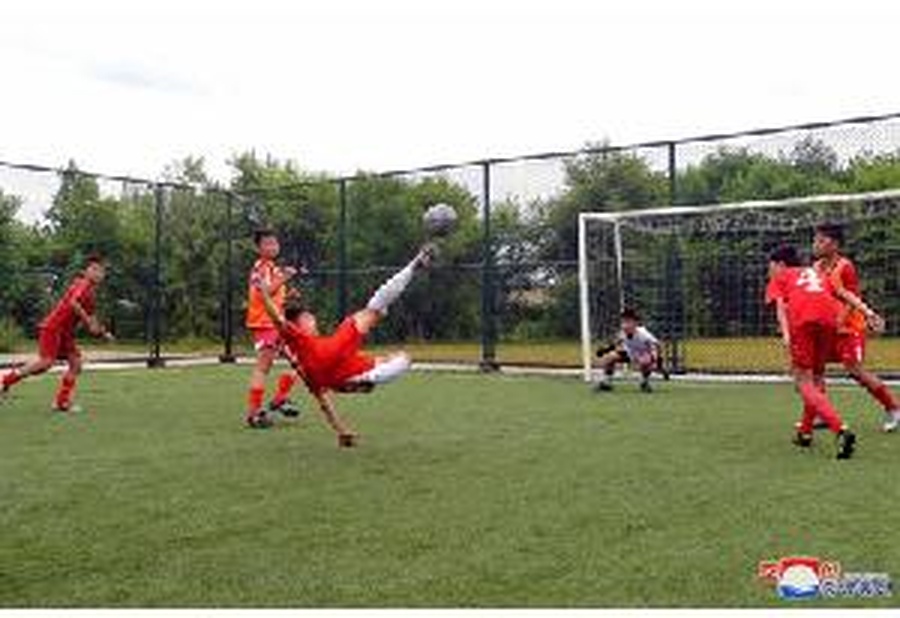 The football school is situated on the scenic Rungna Islet in the capital city and accommodates boys and girls aged between seven and 17 who have been selected from across the country. They receive a general education as well as football training.

“Supreme Leader Kim Jong Un visited the school in June Juche 102 (2013) and gave an instruction on applying the scientific methods and means into teaching as it is a specialized sports school,”

KCNA reports. “He showed loving care for its students’ learning and living conditions.”

Over the years, teams from the school have bagged nine gold medals and trophies and eight silver medals at international games, including the AFC U-14 Girls' Regional Championship 2016 for East Zone. Furthermore, around 20 students have won individual awards such as best player, top scorer and best goalkeeper.

Since 2017, more than 100 students - 40 percent of them girls - graduated from the school after four years of study. Most of the graduates now play for the April 25 Sports Team, Kigwancha Sports Team, Amnokgang Sports Team, Pyongyang Sports Team or other sports clubs around the country.

They have drawn the attention of football experts and fans for their good performance in domestic and international games, says KCNA.