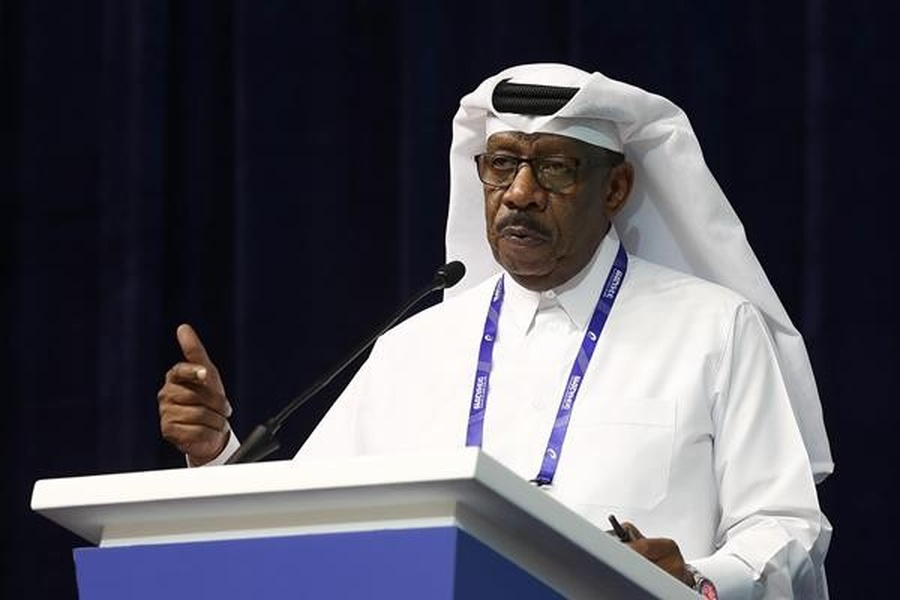 Doha, Qatar, June 30, 2020: The wonders of modern technology has helped the Asian Athletics Association to reach out to its members during these trying times of the coronavirus pandemic, according to top official Dahlan Jumaan Al Hamad.

Al Hamad, President of the Asian Athletics Association, in a wide-ranging interview on the World Athletics website revealed that there had been a silver lining to the worldwide lockdown due to the pandemic over the past few months – the Asian governing body being able to stay more in touch with its members.

“Things have to continue and people have to remain engaged. We’ve been using Zoom as a communications platform for our member federations and the media. We’ve managed to conduct many online courses, in India, Hong Kong and even in remote places like Palestine,” Al Hamad said.

“We also had our Council Meeting online, which was attended by World Athletics President Sebastian Coe, and it was really successful. We asked our medical commission to do an analysis and then provide guidelines for our athletes, coaches and administrators for coping with this situation.

“We conducted meetings with the member federation presidents and general secretaries from each of our five regions. These meetings really helped us to understand the needs of each region, and we came away with good feedback for the future,” Al Hamad revealed.

“Because of the lack of resources in Asia, we’ve not always been able to conduct meetings with our commissions and committees. But in recent months we have had many meetings and I’ve really enjoyed being able to engage with them.

“Before, we used to travel to meetings, whereas now we’ve been meeting online – and more often too. The number of meetings can be exhausting, but for me it’s a good thing because it feels like we are moving forward,” Al Hamad added.

The Asian chief also revealed that athletes had turned to technology as a way to stay engaged – not just with their coaches and teams, but also with their fan base.

“They have been sharing videos on Instagram and Snapchat, showing how they’ve been training at home and encouraging the wider community to stay at home. In the beginning it was hard because the athletes were separated from their coaches, but technology has allowed them to communicate and given them a way to train,” Al Hamad said.

He added: “We don’t just communicate with athletes: we communicate with countries, with sports authorities in Asia, and with families. Any communication has to be really clear to show the importance of sport. This pandemic has allowed us to communicate more often and more efficiently.”