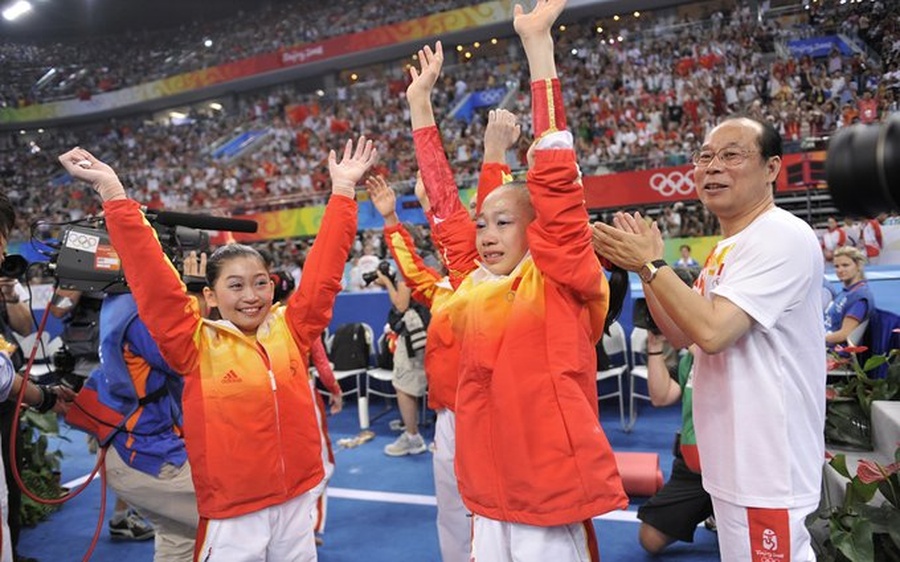 Coach Lu Shanzhen is pictured with his team. © FIG

Lausanne, Switzerland, June 29, 2020: The International Gymnastics Federation has paid tribute to Chinese coach Lu Shanzhen, who passed away after suffering a heart attack at home in Beijing on June 20. He was 63.

Lu was the architect of the Chinese women’s artistic gymnastics team triumph at the 2008 Beijing Olympic Games.

Born in Wenzhou, Zhejiang Province, in 1957, Lu began coaching gymnastics at the age of 20, just as the People’s Republic of China was emerging as a potential powerhouse nation in the sport.

He acceded to the post of national team coach in 1983 and focused exclusively on the women’s team from 1993 to 2012. Under his tutelage, China’s women’s team recorded some of its greatest successes, including several history-making Olympic results.

Under Lu’s leadership this “Golden Generation” claimed China’s first and only women’s world team title in 2006 in Aarhus (DEN) and followed up with Olympic gold in Beijing.

“Never one to shy away from difficulty, Lu also encouraged his gymnasts to develop some of the most beautiful and eye-catching skills of their generations,” says the FIG.

More than just a coach to his gymnasts, Lu displayed a fatherly side as well, inviting national team members whose families lived far away to celebrate the Chinese New Year with him in his Beijing home and striving to reduce pressure placed on star athletes.

"Lu has a unique understanding and respect of women's gymnastics. He always insisted on individualising every one's learning. He made great contributions to the development of Chinese gymnastics," the Chinese Gymnastics Association said in a statement.

“I don’t want to believe it,” Liu Xuan wrote on Weibo, echoing the sentiments of several former teammates. “Dear Lu, you are the father of our female team, always, no matter where you are.”