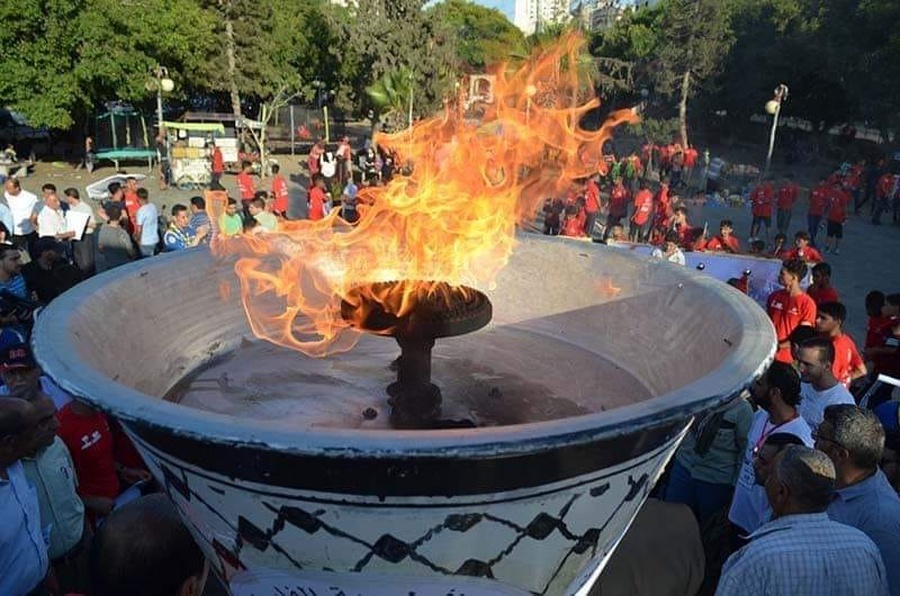 Ramallah, Palestine, June 29, 2020: Palestine Olympic Committee held a meeting at their HQ on Sunday, June 28 to finalise preparations for a week-long celebration of Olympic Day.

The meeting was attended by unit heads and department managers in the POC and in coordination with the General Secretariat in the southern governorates. The Olympic Week celebrations will begin in July and involve many sporting events and educational lectures via the Zoom video conference link in the northern and southern provinces.

Under the guidance of the POC President, Maj. Gen. Jibril Rajoub, the meeting prepared a rich variety of events throughout the week to be approved, directed and implemented by the POC.

The opening ceremony of Olympic Week will witness the lighting of the torch by Maj. Gen.  Rajoub and the opening of three important Olympic facilities: the headquarters of the Palestinian Olympic Academy, the National Sports Centre and the Olympic Medical Centre. The lighting ceremony will be attended by the leading figures in the sports family of Palestine.

Sports associations throughout Palestine will present their own activities, always taking into account the health conditions and instructions of the Ministry of Health under the coronavirus pandemic.

Many cultural, sports and medical lectures will be organised during this period through Zoom and supervised by the Palestine Olympic Committee's units and departments. They will involve local and international lectures and expectations are high for a fruitful, enjoyable and productive week of Olympic-related activities to mark the global Olympic Day which falls on June 23.