QOC spreads message of ‘importance of sport’ on Olympic Day 2020 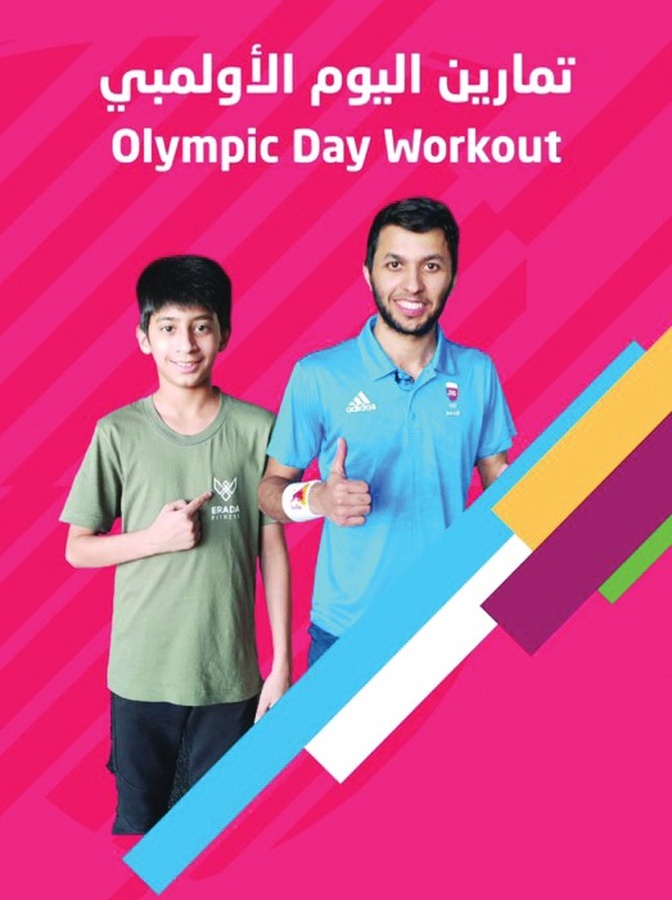 Qatar Olympic Committee celebrated Olympic Day remotely, exercising online with local athletes and some of the best athletes in the world on social media platforms in light of the COVID-19 situation.

Qatar Olympic Committee President Sheikh Joaan bin Hamad al-Thani stressed that QOC was keen to celebrate Olympic Day annually so as to spread the principles and values of the Olympic Movement.

“Even though this year’s event was different from previous years due to the pandemic, it wasn’t an obstacle to achieving the desired goals of spreading the message of the Olympic Movement,” Sheikh Joaan said.

Secretary General of QOC Jassim bin Rashid al Buenain said the celebrations carried out remotely reflected the importance of Olympic Day and its mission aimed at enhancing awareness of the importance of exercise and its role in the lives of individuals and society.

Squash ace Al Tamimi expressed his happiness at participating and said the involvement of athletes from all over the world on Olympic Day this year enhanced its significance and inspired everyone to follow their example and exercise because of its great importance to public health.

Shooter Al Rumaihi, who has qualified for the Tokyo Games, said Olympic Day contributed to enhancing awareness of the importance of taking part in sport.