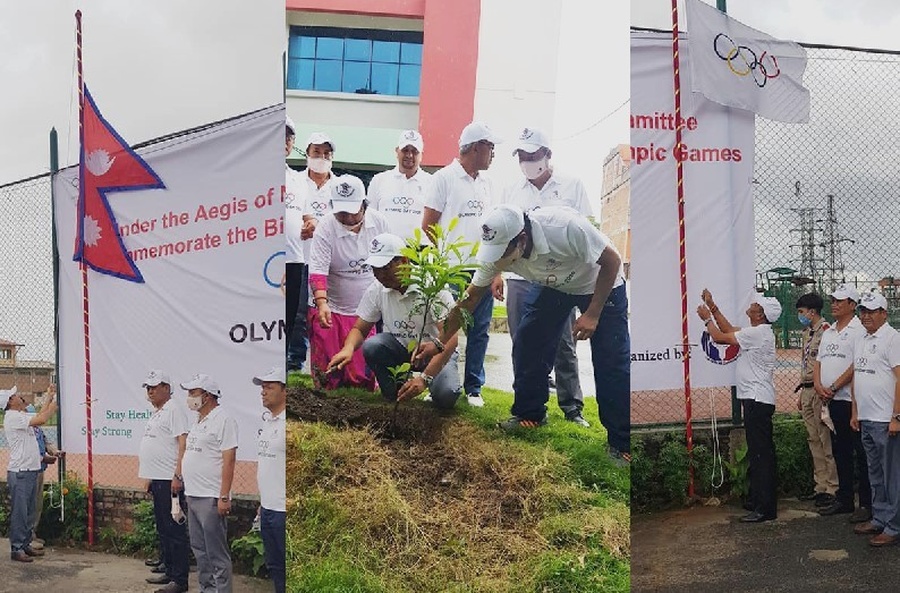 Pokhara, Nepal, June 24, 2020: The President of Nepal Olympic Committee Jeevan Ram Shrestha planted a tree to mark Olympic Day 2020 on June 23 in a ceremony attended by a limited number of people in Pokhara.

President Shrestha also sent a get-well message and expressed confidence that the current global pandemic would be resolved soon. “I wish a speedy recovery to all corona sufferers around the world,” said Shrestha.

He added the World Health Organisation should move forward by accepting coronavirus as a part of life and not out of fear.

Nepal Olympic Committee Secretary General Nilendra Raj Shrestha said: "All sports activities have come to a standstill. As per the instruction of the Government of Nepal we have organised these Olympic Day celebrations in the presence of a limited number of people.”

Also attending were Secretary of the Youth and Sports Forum Ram Prasad Thapaliya, Coordinator of the Sports for All Commission Bishnu Kumar Shrestha and Member Secretary of the National Sports Council Ramesh Silwal Lagaet.