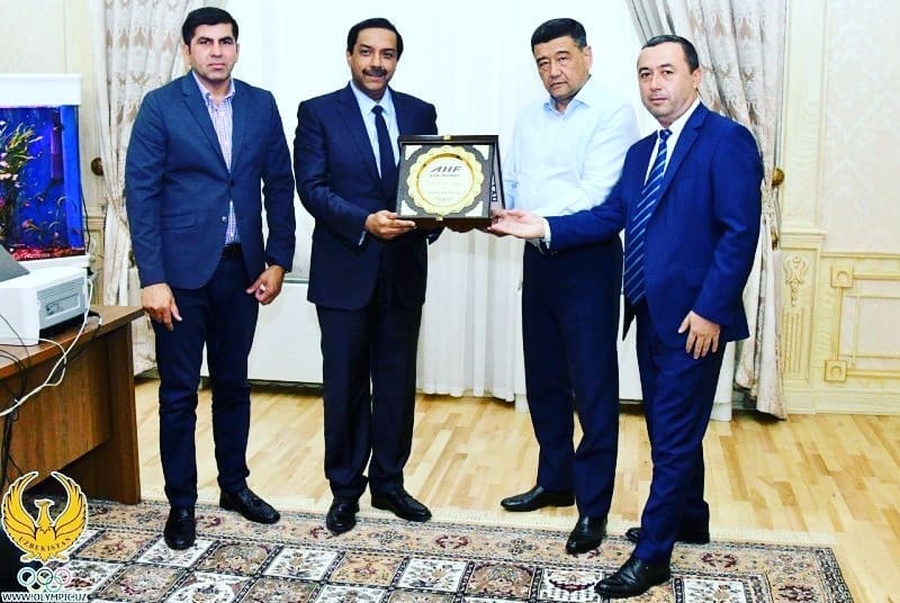 Tashkent, Uzbekistan, October 3, 2019: A delegation from the Asian Hockey Federation led by Chief Executive Mohamed Tayyab Ikram visited Uzbekistan from September 26-30. The purpose of the visit was to discuss the development of hockey in Uzbekistan.

During the visit, Tayyab Ikram made a series of points; in particular, the President of the National Olympic Committee of Uzbekistan, Rustam Shoabdurakhmanov, spoke about future cooperation, the development of hockey fields in the country and a number of other issues.

In addition to this, the Chief Executive visited Andijan to observe the progress on the Pitch Project.

On September 29, a press conference with representatives of Uzbekistan and the Asian Hockey Federation was held at the Olympic Museum of Fame in Tashkent.

The Asian and Uzbek hockey federations have signed a memorandum of agreement. In line with the memorandum, the Asian Hockey Federation is working on the development of the current hockey venue and will continue to cooperate in the development and promotion of hockey in the region.