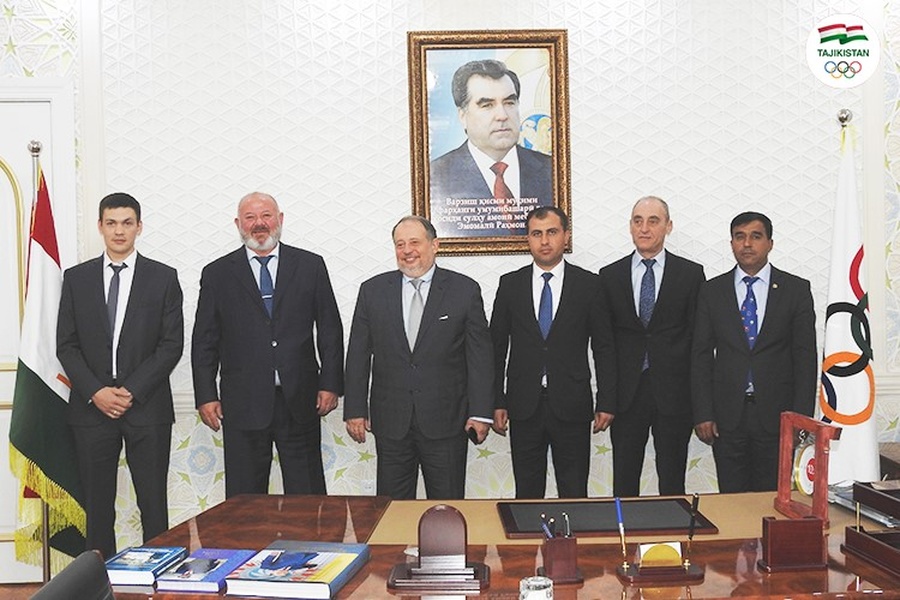 Nazarzoda Reza, First Deputy Chairman of the Committee for Youth and Sports under the Government of Tajikistan, and General Secretary of the Tajikistan Olympic Committee Abdullozoda Muhammadsho welcomed Lisin who revealed the ISSF was always ready to support Tajikistan’s shooting federation.

The two sides agreed to set up more shooting centres throughout the country to attract young talent. At present there are four centres in Dushanbe and Sughd.

It was also suggested that an international tournament be held in Dushanbe in 2021 to celebrate the 30th anniversary of Tajikistan’s independence.

Tajikistan has a long history of shooting. The Olympic sport was developed during the Soviet period and in 1958 Tajik Anatoly Tilik won the title of world champion. More recently, Bejan Faizulloev won a silver medal in the mixed team competition at the 3rd Youth Olympic Games in Buenos Aires last year.

Lisin also wished Tajikistan’s shooters success at the Asian Championships which will be held in Qatar from November 3-13. This event is also a qualifying tournament for Tokyo 2020 Olympics.