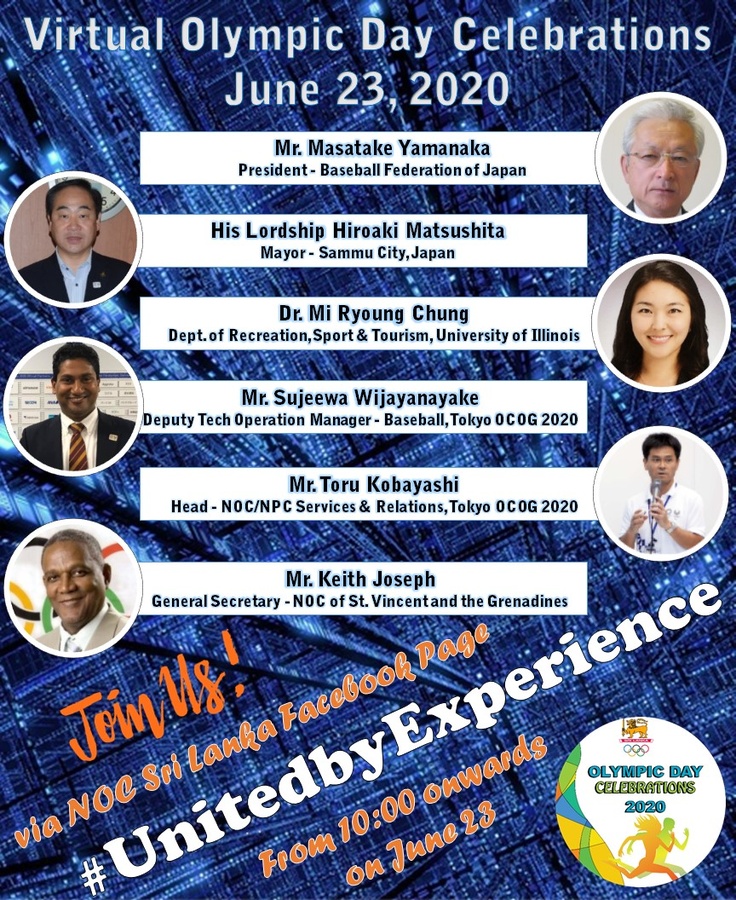 Colombo, Sri Lanka, June 22, 2020: In spite of the entire globe slowing down due to the coronavirus pandemic, Sri Lanka has found a way of keeping up the momentum - a true Olympic Day celebration on Tuesday, June 23.

The celebrations will run from 10am at the NOC Sri Lanka HQ in Colombo and will be telecast live via NOC Sri Lanka Facebook page.

As a result of the ban on crowd-gathering and the one-metre social distancing rule, the organising team has planned a series of virtual sessions in great detail.

Thirty-three sports personalities from around the world will share their messages under the three themes of United by Education, United by Talent and United by Experience. They will include the President of the Japanese Olympic Committee, the President of the International Judo Federation, IOC Members, members from the Tokyo 2020 Organising Committee and Sri Lanka’s leading athletes.

The organisers have also been overseeing a plant-a-tree initiative to help the environment and so far over 300 trees have been planted around the country as part of the project.

Under the three pillars of Olympic Day – move, learn and discover – the new sport of teqball will make its first appearance by Teq Lankans. Before the start of the teqball demonstration, the General-Secretary of the Fédération Internationale de Teqball, Marius Vizer Jr, will deliver a virtual introductory address.