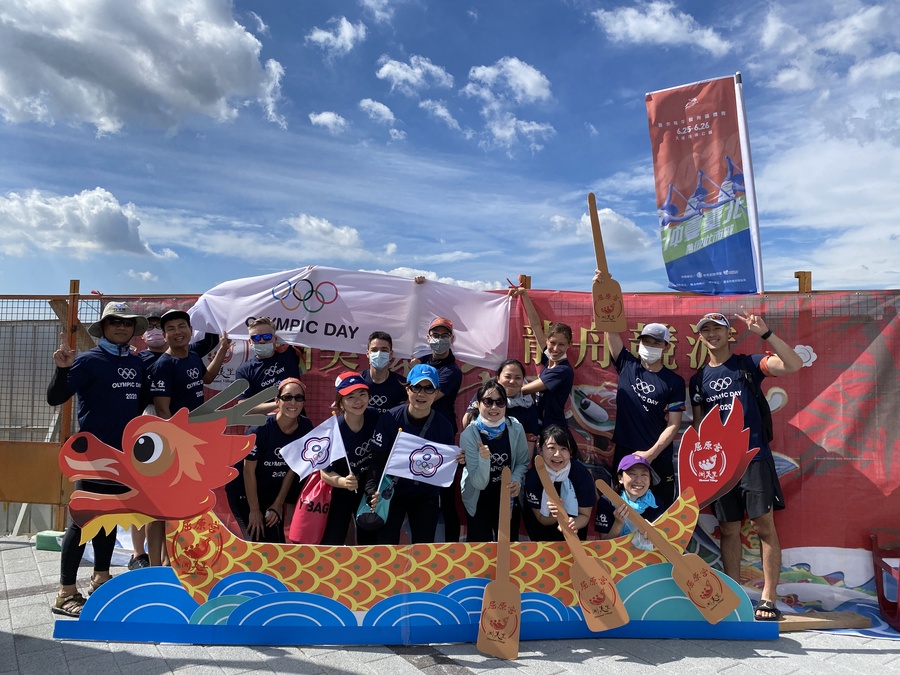 Taipei, June 22, 2022: To celebrate Olympic Day on June 23 and the Dragon Boat Festival, the Chinese Taipei Olympic Committee invited international partners from the Australian Office in Taipei and the Japan-Taiwan Exchange Association to form a dragon boat team, named “Olympic Friendship”, to participate in the upcoming Dragon Boat Racing, which kicks off the Olympic Day celebrations.

Though the whole world is under such uncertainty due to the COVID-19 pandemic, CTOC is dedicated to conveying the positive attitude and the importance of health through sports.

Consisting of move, learn and discover, the Olympic Day celebration, conducted between June and September in Chinese Taipei, will be the beacon to bring the world united by sports.

The idea of “Olympic Friendship” comes from the Olympic Values of Excellence, Friendship, Respect, which stands for the image of ship.

“Olympic Friendship” made its debut on June 6 in the 2020 Taipei City Dragon Boat Eye Dotting and River Worshiping Ceremony. The purpose of the ceremony is to invoke the spirit of the dragon and to appease the Goddess of the sea.

The goal of this event is not only about culture exchange but the united spirit established from the training. Specially, in this hard time, CTOC echoes #StayActive, #StayStrong and #StayHealthy.