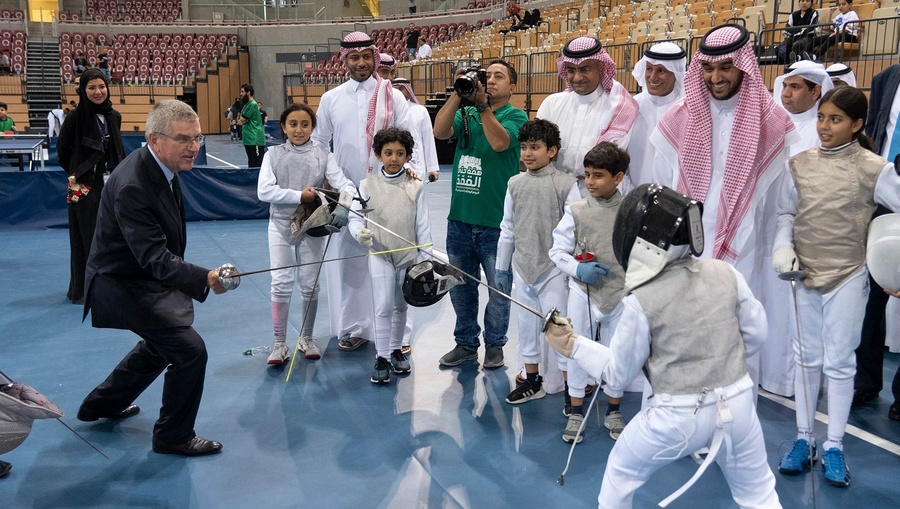 President Bach, who was welcomed by the President of the Saudi National Olympic Committee, Prince Abdulaziz bin Turki al Saud, was able to see a number of new sports facilities and hear directly from the NOC’s Executive Board about a modernisation plan for sport in the country, part of the national Vision2030 reform plan.

The NOC’s plans include more and better access to female athletes. He also heard about the country’s preparations for the Tokyo 2020 Olympics. Later he met athletes at the King Abdullah Sports City. Young men and women were able to show their skills in fencing, table tennis, athletics, football and taekwondo.

“I’m really excited about the development of sport in Saudi Arabia at both grass roots and elite level,” President Bach said. “The enthusiasm of the young athletes really touched me, and also to see, in particular, the many young girls participating is a really encouraging sign.”

President Bach also met the members of the newly elected Athletes’ Commission – with gender parity – who were able to present their strategy for athlete engagement in the Kingdom and empowering the athlete voice.