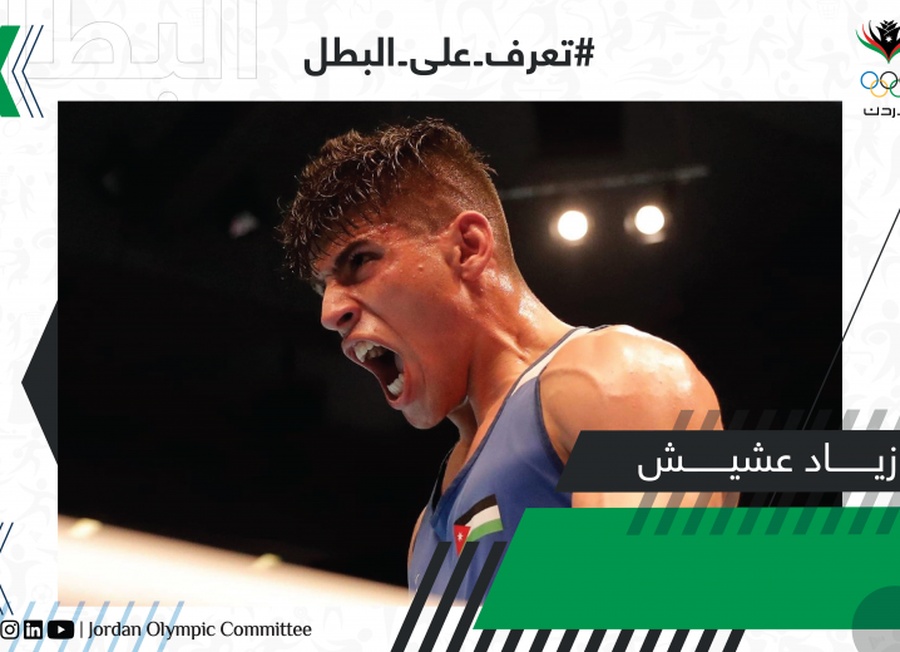 Amman, Jordan, June 19, 2020: The Jordan Olympic Committee has turned the spotlight on Tokyo-bound boxer Ziad Ishaish – one of the stars of the Asia/Oceania boxing qualifying tournament for the Olympic Games which was held in Amman in March.

Here is the article on the JOC website (www.joc.jo):

The Ishaish brothers have taken the global boxing scene by storm after younger brother Ziad followed his brother’s lead by qualifying for an Olympic Games.

The is no stopping the dynamic duo as they bid to take Tokyo by storm next year, and we caught up with the younger sibling to get to know him better and find out just how much of an influence big brother is.

How did you get into Boxing?

I started in 2009. As you know I belong to a Boxing family where we all love this sport. If you are a child of this family, you become a boxer!

When did you make your national team debut?

It was at the Turkey Open in 2015 when I participated in the Youth category. Of course, representing Jordan for the first time was a privilege and not easy. I didn’t win a medal, but it was such a great experience for me being in this event and left me wanting more.

How did your brother Hussein contribute to your progress?

Hussein helped me to make my own way. We have been training together at home for many years. It has been so helpful to have someone like Hussein by my side all this time. Even when I am competing overseas, Hussein is usually there to support me and I’m so lucky to have him.

You were the only Arab boxer to win a medal at the Asian Games held in Indonesia, tell us about this moment.

Before I qualified to the Olympic Games Tokyo 2020 in March, that Asian Games bronze medal was the most astonishing moment that I really was so proud of. I still remember that moment as if it was yesterday, and it will stay with me forever.

In March, you qualified for the Tokyo 2020 Olympic Games along with four teammates, so these must be exciting times?

Nothing in my career can compare to the qualification event. I got a gold medal so it was the most outstanding moment of my career. When they decided to move the event to Jordan I was so happy to know that my family and friends would be there, cheering for me, and it gave me a huge push to move forward. I’m still happy and I am determined to do something great for Jordan in Tokyo next year.

Do you think that postponing the Olympics was the right decision?

The whole world is affected by Covid-19 and sport is like any industry where human health is a priority. Yes, I was sad to start with, but it will give me time to better myself and train well.