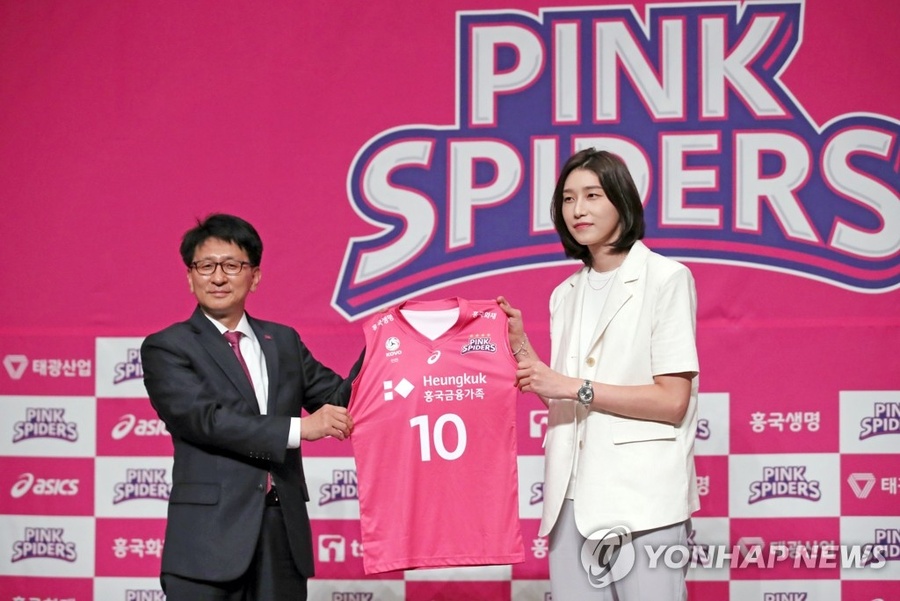 Seoul, Korea, June 15, 2020: Korean volleyball great Kim Yeon-koung has won a slew of individual trophies and team championships over the years – but there’s one thing missing from her sparkling resume: an Olympic medal.

This is why she has returned to her first club back home in the V-League, the Heungkuk Life Pink Spiders, after 11 years overseas in Japan, China and Turkey, reports Yonhap News.

"I was thinking about how I could keep playing and maintain my form before the Olympics and I decided coming back to South Korea would be the best way to do it," Kim, 32, said at a press conference with the Pink Spiders on June 10.

Widely considered the greatest volleyball player ever to come out of South Korea, Kim was back in her signature No. 10 uniform.

"Having a chance to perform was the most important element for me; I didn't really think about money," Kim added. "I wanted to be in the best shape possible for the Olympics next year and realize my last remaining dream."

Kim signed a one-year deal worth 350 million won (US$293,940) on Saturday to rejoin the Pink Spiders, a team with whom she spent the first four years of her professional career beginning in 2005.

Kim was a major force in the V-League from 2005 to 2009, winning three regular season MVPs and three finals MVPs while helping the Pink Spiders to three championships.

The closest Kim came to winning an Olympic medal was the fourth-place finish at the 2012 London Olympics when Korea lost to Japan in the bronze medal play-off at the famous Earls Court. Kim was so dominant there that she was named the MVP of the tournament despite not reaching the medal podium.