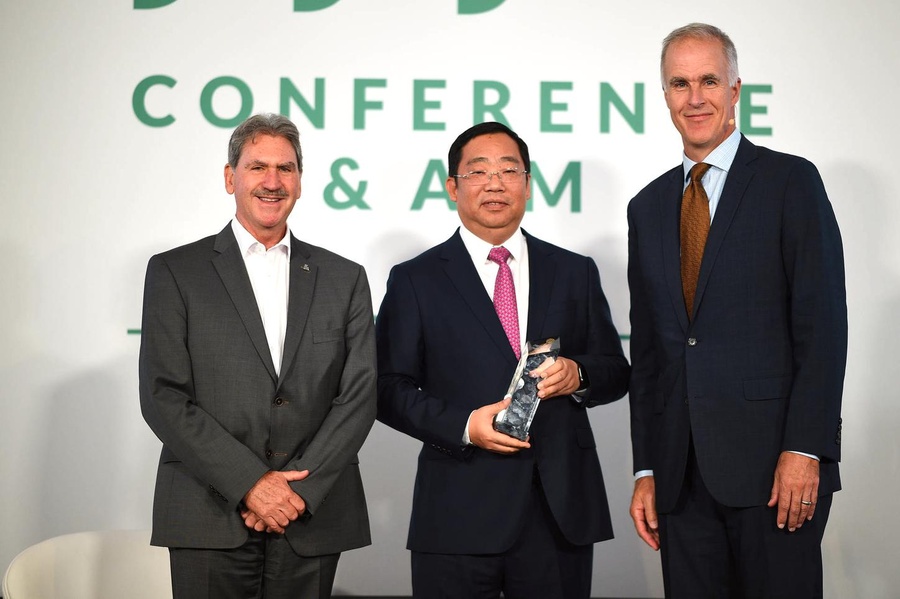 Lisbon, Portugal, September 30, 2019: The Chinese Tennis Association has received the International Tennis Hall of Fame’s Global Organisation of Distinction Award for their efforts in developing the game to such an extent that there are now 19 million recreational players.

The award is presented annually by the ITHF to a tennis organisation, association, federation or facility that has demonstrated a successful track record of distinguished service and contributions towards the growth of tennis.

“The Chinese Tennis Association may have a short track record but it is a very distinguished one. The association has invested strategically in events, coaching education, grass-roots participation and player development,” said Todd Martin, ITHF CEO.

“Earlier this summer Li Na became the first Chinese athlete to be inducted into the ITHF, the sport’s ultimate honor. To be recognised amidst the 150 plus nations at the ITF Annual General Meeting speaks volumes for what they’ve achieved. I’m excited for their future.”

Chinese Tennis Association Vice President Liu Wenbin commented: “This award is in recognition for the efforts we’ve made to fulfill and realise our mission to make the sport of tennis the fastest growing sport in China.

“This is a great honour but more so an encouragement and inspiration for us to make even greater efforts.”

The Global Organisation of Distinction Award is now in its third year, having previously been presented to Tennis Cambodia in 2017 and the Kooyong Lawn Tennis Club in 2018.