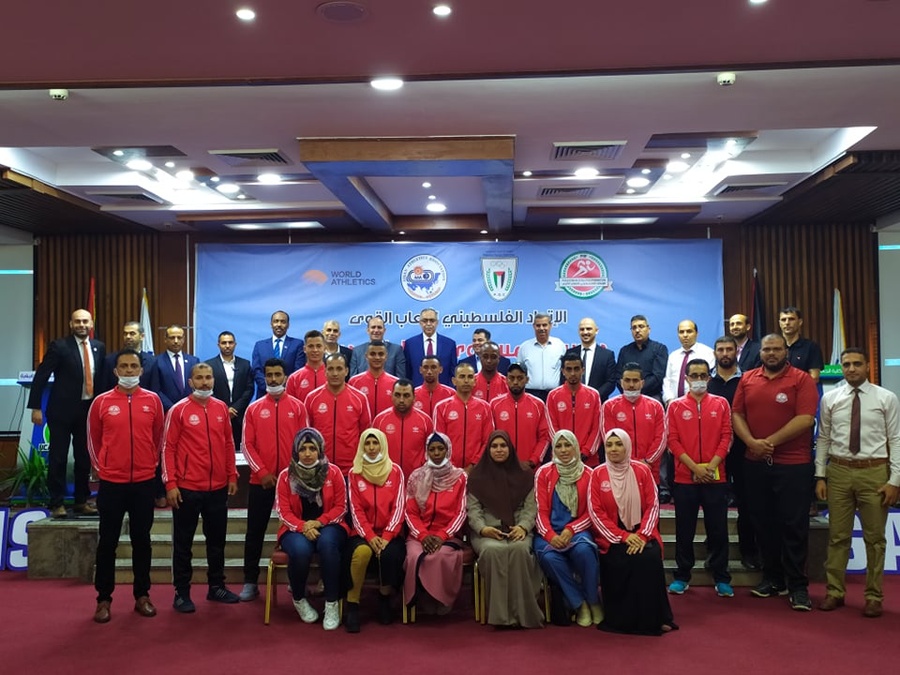 Gen. Rajoub said the course showed the determination of the sports community to fight the coronavirus and to establish such an initiative under the guidance of the AAA President in order to produce elite athletes.

The POC President also praised the work of Qatar in developing a sports hub and said Qatar was a model to follow in international sport. He thanked the Qatari people and the leadership, represented by His Highness the Emir Sheikh Tamim bin Hamad Al Thani, for his support of Palestine.

Gen. Rajoub also thanked World Athletics (formerly IAAF) and the Asian Athletics Association for their encouragement in establishing the training course in Palestine, and congratulated the Palestinian Athletics Federation under the chairmanship of Dr. Mazen Khatib for their efforts in developing athletics. Gen. Rajoub said he hoped the course would be the start of a journey leading to success at continental and international level.

Gen. Dahlan, who is also President of the Qatar Athletics Federation and Vice President of World Athletics, expressed his pleasure in holding the training course in Palestine and praised Gen. Jibril for his great support of Palestinian sport in general and athletics in particular. He added that the work of the Palestinian Athletics Federation was much admired by the AAA and wished them all success.