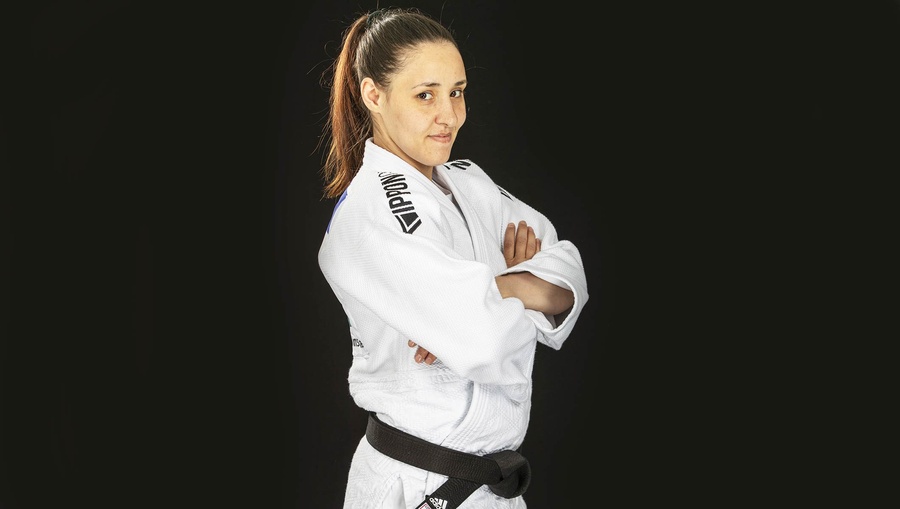 Syrian refugee Sanda Aldass is now living in the Netherlands and hopes to be selected for the Olympic Refugee Team at Tokyo 2020. © IJF

Lausanne, Switzerland, June 10, 2020: From civil war in Syria to a new life with her family in the Netherlands, Sanda Aldass has always found solace in judo.

A lifelong judoka, she is now fervently hoping to be part of the Refugee Olympic Team at Tokyo 2020.

Judo has given her a living and a dream but, perhaps most importantly of all, it has kept her steady during a challenging past five years.

“If I had sat doing nothing I would have gone crazy,” Aldass, 29, told olympic.org.

Aldass, who was an integral member of the Syrian national women’s judo squad for many years, is referring to the almost nine months she spent in a refugee camp in the Netherlands in 2015.

She had managed to escape the civil war devastating her country, but at huge personal cost. Her two-and-a-half-year-old son and husband had to stay in Syria while she looked to secure refugee status.

Her husband, Fadi Darwish, also a national judoka and coach, had initially remained in Syria because his salary was still able to provide for the couple’s young son. They were reunited after six months and, three months later, were shown to their new home outside Amsterdam.

Next came the challenge of building a new life and integrating into a foreign culture. Judo, again, came to the rescue.

“You are there for the first time and everything is difficult – the environment, the people, the culture. Everything around you is different. You have other responsibilities. You have to study, find work. Not everything comes easy like when you were back in your country,” Aldass said.

The couple found dojos all around them – and eventually their chosen sport delivered.

Darwish sought out many of the couple’s teammates from Syria who had made their way to Europe, Aldass returned to the mat and together they caught the eye of the International Judo Federation. This led to the invitation to Sanda to join the IOC’s athlete refugee programme.

Now, the duo’s days are once again dominated by judo and an Olympic dream – and the small matter of three young children.