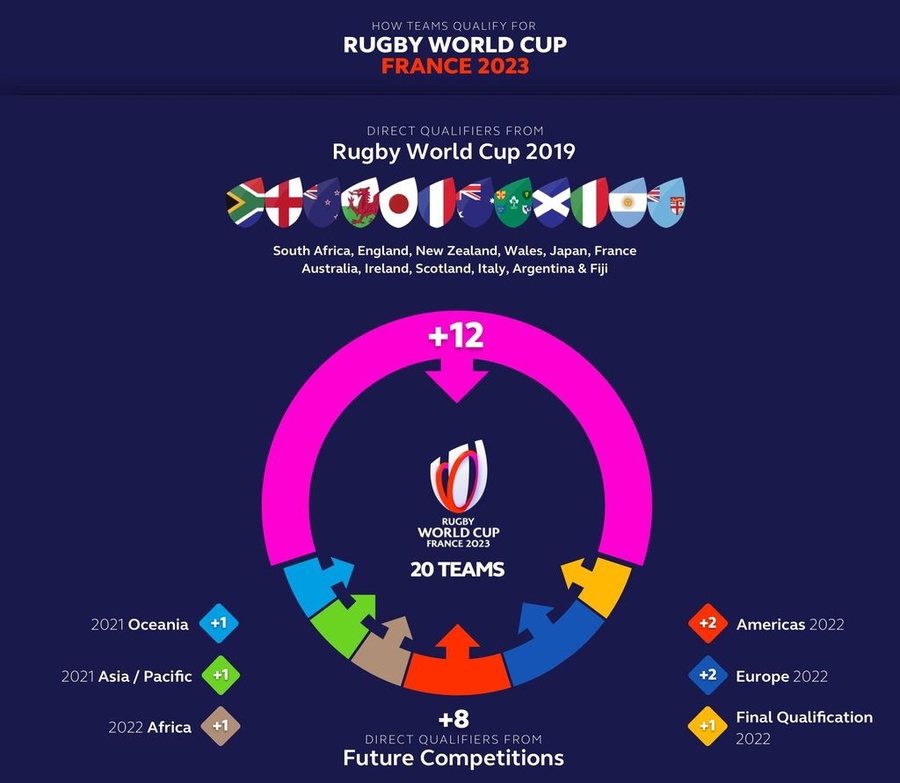 Dublin, Ireland, June 10, 2020: World Rugby has announced the qualification process for the next Rugby World Cup in France in 2023.

With 12 of the 20 teams having secured their place at France 2023 by finishing in the top three of their pools at RWC 2019 in Japan, the remaining eight places will be determined by a process of regional and cross-regional qualifiers.

The process will conclude with a four-team round-robin Final Qualification Tournament in November 2022 to determine the final qualifier.

Of the eight places available through qualification, two each will go to the Americas and Europe, one to Oceania, one to the winner of a play-off between Oceania and Asia, one to Africa and one will be decided at the final world qualifier.

The four teams in the final world qualifier in November 2022 will be: Americas No. 3, Europe No. 3, Africa No.2 and the loser of the Asia/Oceania play-off.

Note: The winner of the Asian Rugby Men’s Championship 2021 will play Oceania’s second-ranked team home and away. The winner on aggregate will qualify for France 2023 and the loser will go to the final qualifier.