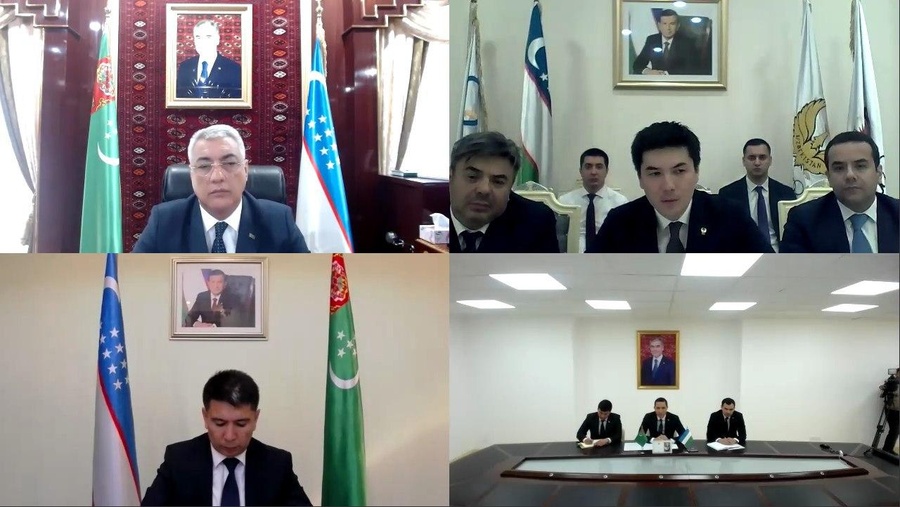 Tashkent, Uzbekistan, June 9, 2020: The Secretary Generals of the National Olympic Committees of Uzbekistan and Turkmenistan, along with the authorised ambassadors, held a video conference on June 5.

During the conference, the sides discussed important issues, according to the bilateral memorandum, such as conducting joint training camps, cooperation in sports medicine and pharmacology.

The Turkmen side emphasized that boxing, judo, weightlifting and wrestling were among the most developed sports in Uzbekistan and, therefore, it would be beneficial to organise joint training camps for these sports.

They also expressed interest in the way the athletes of Uzbekistan maintained fitness and conducted training during the quarantine, and thereby received relevant information and recommendations from the Uzbek side.

It is known that the Asian Indoor and Martial Arts Games (AIMAG) were successfully held in the capital of Turkmenistan in 2017. Turkmenistan, having used its rich experience, declared its readiness to provide support in organising the Asian Youth Games in 2025, planned to be held in Uzbekistan.

It should also be noted that, during preparations for the AIMAG in Ashgabat, the country built modern sports infrastructure and facilities to meet international standards. For example, the complex for water sports and the track cycling velodrome are high-quality facilities available only in a few countries.

Holding joint training camps and competitions in these facilities would be very effective for the athletes of the two countries.