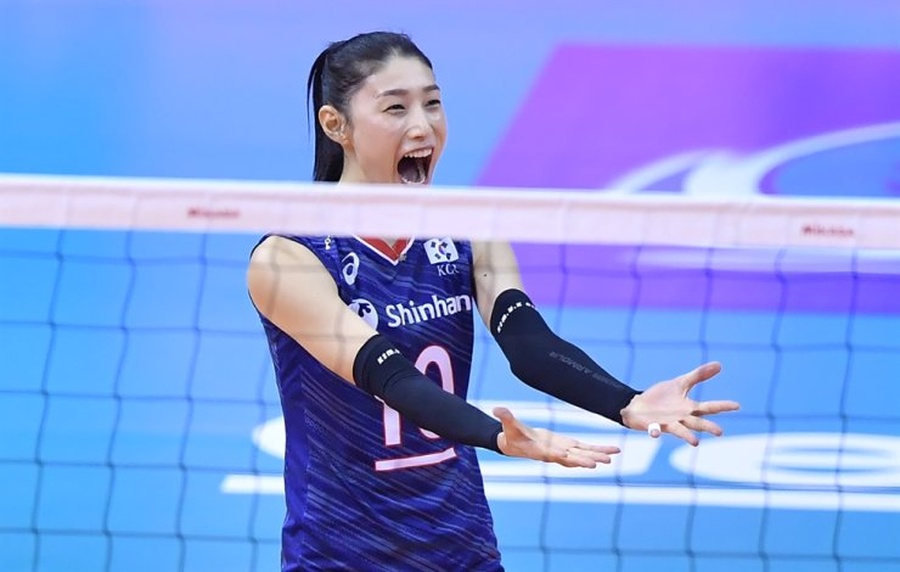 Kim has rejoined her former club in Korea, Heungkuk Life Pink Spiders, the V-League team announced on Saturday. She has signed a one-year deal for a salary of 350 million won (US$289,495).

Widely regarded as Korea's greatest volleyball player and one of the top spikers in the world, Kim made her professional debut with the Pink Spiders in 2005 and played four seasons with them, winning the championship three times.

She then embarked on an international career that took her to Japan, Turkey, China and then back to Turkey over the next 11 years.

After her two-year deal with the Turkish club Eczacibasi VitrA expired in May, the 32-year-old outside hitter had been eyeing a reunion with the Pink Spiders, especially given the uncertainty in overseas leagues during the coronavirus pandemic.

Kim has been one of the world's highest-paid volleyball players in recent seasons, and she may have been making more than the V-League salary cap of 2.3 billion won.

Internationally, Kim's shining moment came at the 2012 London Olympics, where she carried the underwhelming Korean team on her back to the semifinals. Though Korea settled for fourth place, losing the bronze medal play-off to Japan at Earl’s Court, Kim was named MVP of the Olympics. She became just the third player to be named an Olympic MVP without winning a medal.

Kim also helped Korea win the Asian qualifying tournament for the Tokyo Olympics in January this year, while playing through an abdominal injury that sidelined her for weeks afterward.