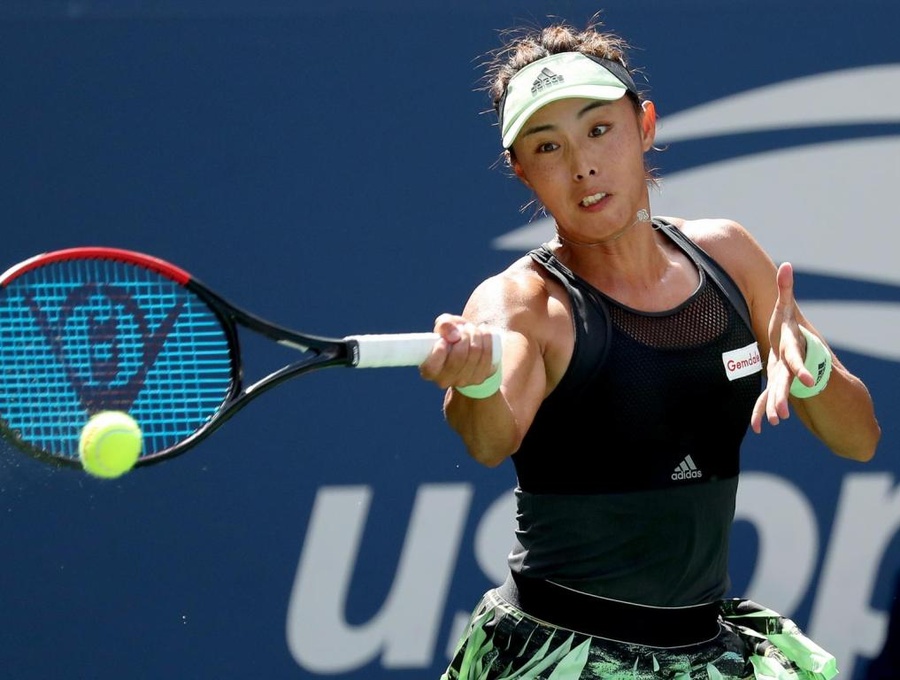 The Chinese 18th seed and two-time Asian Games champion is enjoying her best Grand Slam showing in New York and qualified for the quarterfinals after a 6-2, 6-4 victory over reigning French Open champion Ashleigh Barty of Australia.

"I think I'm really focused on the court. I really enjoyed the way I played and I'm so happy I won,” Wang said after becoming the first woman from China to reach the last eight of the US Open since Peng Shuai made the semifinals in 2014.

"I think I did really well today. I was really mentally strong. Now I have to just keep going," added Wang, who followed up her Asian Games title at Incheon 2014 with a second gold medal at the Jakabaring Sports City in Palembang, Indonesia, last August.

It has been a challenging year for Wang, 27, following McNamara's death in July.

The Aussie coach, a popular figure on the men's and women's tours, died of prostate cancer at the age of 64.

"He helped me a lot. It was really tough on me when he passed," Wang said. "I think he is always here with me."

Wang worked with McNamara from mid-2015 until the start of this year, when the coach's deteriorating health made it more difficult to travel, ending a partnership that coincided with Wang cracking the top 20 last season.

"He told me how to play the matches. He took me to professional tennis ... he taught me everything," Wang said.

"He always believed in me. He told me I can become the top player."