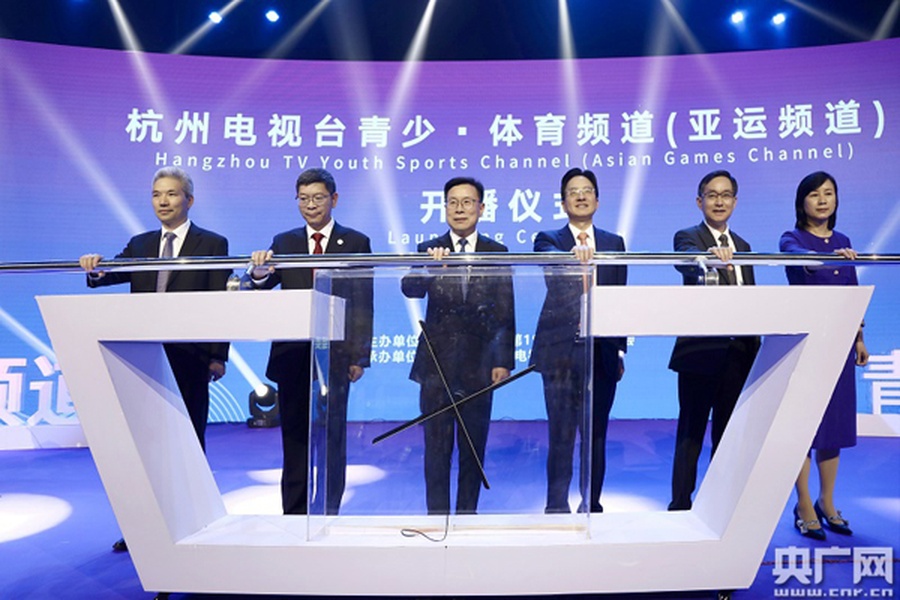 The Asian Games Channel was jointly founded by HAGOC and the Hangzhou Culture Radio Television Group, whose children's channel was turned into the "Youth and Sports" channel and approved by the National Radio and Television Administration.

"We hope the channel will record our preparations for the Asian Games, promoting the brand of the Hangzhou Asian Games and the image of the host city," Chen Weiqiang, Deputy Secretary-General of HAGOC and Vice Mayor of Hangzhou, said.

As the official television information platform of HAGOC, the Asian Games Channel will also help spread culture and knowledge of Zhejiang province and Hangzhou, Chen added.

The Asian Games Channel plans to build an interactive cloud platform in conjunction with mainstream sports channels across the country starting from this year.

The channel will produce and broadcast various video content products such as feature programmes, short videos and micro-documentaries to tell the story of the preparations for the Asian Games Hangzhou 2022 and the development of the city.

The OCA’s 19th Asian Games will be held in Hangzhou, capital of Zhejiang province in eastern China, from September 10-25, 2022.