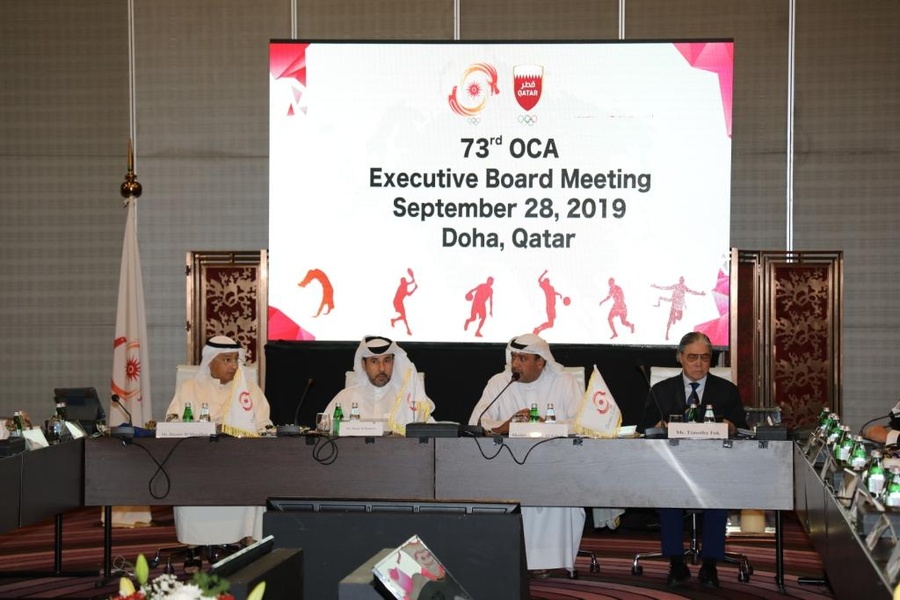 Doha, Qatar, September 28, 2019: The Olympic Council of Asia has awarded the fourth edition of the Asian Youth Games in 2025 to Tashkent, capital of Uzbekistan.

The decision was made at the 73rd meeting of the OCA Executive Board at the City Centre Rotana Hotel in Doha, Qatar, on September 28.

Following a presentation from the bidding city, the OCA’s Honorary Life Vice President, Mr Wei Jizhong, said the sports facilities and infrastructure required to host the Asian Youth Games already existed in Tashkent without the need to build new venues.

Mr Wei’s comments followed a two-day visit to Tashkent by an OCA inspection team in the build-up to the OCA Executive Board meeting.

“We spent two days in Tashkent and we visited 21 places including sports facilities,” Mr Wei told the EB members.

“Our conclusion is that Tashkent is ready with the existing city infrastructure and sports facilities to host the Asian Youth Games.”

The OCA President, Sheikh Ahmad Al Fahad Al Sabah, proposed that Tashkent be awarded the 4th AYG in 2025 and this was approved unanimously by the Executive Board members.

“We are very comfortable with our games calendar,” said Sheikh Ahmad.

“With the Beach, the Youth and the main Asian Games we are committed for the next decade. In the next couple of years we have the Olympic Games in Tokyo in 2020 and the Winter Olympics in Beijing in 2022, so Asia is always very active.”

Sheikh Ahmad also pointed out that Doha will host the inaugural World Beach Games of the 206-member Association of National Olympic Committees (ANOC) from October 12-16, and that the OCA pioneered the beach and sea sports concept by organising the first Asian Beach Games in Bali, Indonesia in 2008. “We are very proud of that,” he added.

Uzbekistan’s Minister of Sport, Mr. Nabiev Dilmurod, thanked the OCA Executive Board members for their support and trust in awarding the 4th AYG in 2025 to Tashkent and said the event was fully supported by the government and Uzbek authorities.

Tashkent is also bidding for the 21st Asian Games in 2030 – following Hangzhou 2022 and Aichi-Nagoya 2026 – along with Qatar, which also announced its intention to bid with a presentation to the OCA Executive Board, and other countries.

Doha organised the Asian Games in 2006 and has since become one of the sports capitals of the world, including hosting the ongoing IAAF World Championships in Athletics.

The OCA also accepted an invitation from the President of the National Olympic Committee of the Islamic Republic of Iran, Seyed Reza Salehi Amiri, to host the next EB meeting in Tehran on a date to be fixed.

In other news, the OCA Executive Board agreed to recognise the newly-constituted DanceSport Asia as the sole governing body of dance sport in the continent.