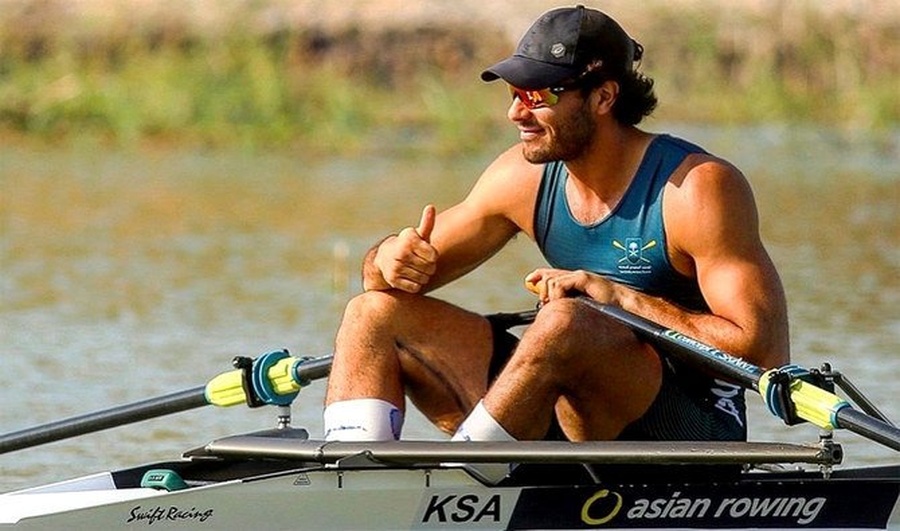 Los Angeles, USA, May 28, 2020: Saudi Arabia’s rowing pioneer Husein Alireza believes the one-year delay of Tokyo 2020 has given him a “massive opportunity” to qualify for the Olympic Games.

Alireza was on his way to the Olympic Training Center in San Diego, California, when it was announced on March 24 that the Tokyo Olympics would be postponed to 2021 due to COVID-19.

However, he feels this one-year delay may give him time to catch up to his rivals as the qualification process unfolds.

“You know we try to remain positive and realise that actually it’s an extra year to get even faster,” Alireza told Arab News.

“For someone like me, who is still improving, who hasn’t hit his peak, I have most to gain whereas some of the competition have plateaued at this point. So it’s a massive opportunity.”

Alireza began his athletic career at Cambridge University in the UK where he joined the college boat club as a social activity.

But when his coach saw how quickly he was advancing in the sport, he suggested Alireza look to the international stage.

“At this point Saudi had never had international representation in rowing nor a federation so it was an exciting opportunity to make history,” he said. “But being the first wasn’t good enough. I needed to know I was capable of competing competitively at the world championship level.”

A year after securing retired Olympian Bill Barry as his coach, Alireza won bronze at the Asian Indoor Championships in April 2019 in Thailand – a first for the Kingdom in rowing. He also won a title at the prestigious Moseley Regatta on the River Thames in London in July 2019.

He now hopes to go all the way and qualify for Tokyo, thanks to a ferocious training schedule.

“The average training day would have us do about 28 to 30 km rowing in the morning,” Alireza said.

“We do a strength workout in the gym in the afternoons. And to fuel all of that we eat anywhere between 4,000 to 5,000 calories a day. So it’s a relentless sport.”